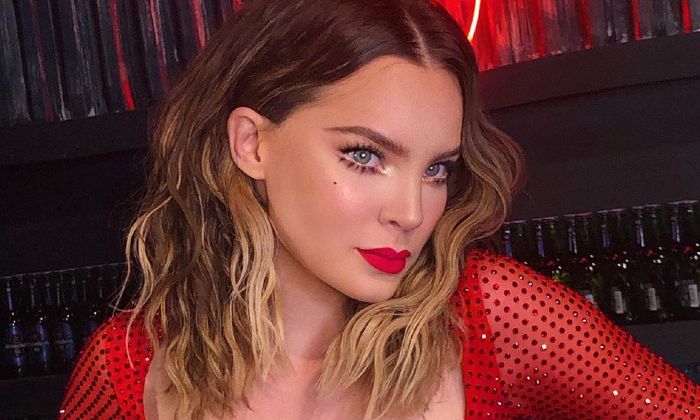 Who is Belinda Peregrin?

Belinda Peregrin is a 30-year old Mexican singer and actress who was born in Madrid, Spain. She entered the limelight at a very young age of 10 with an acting credit in the children’s telenovela Amigos X Siempre which let her becoming a child actor. She became even more popular with the release of her debut album, Belina, which sold more than 2.5 million records worldwide. The album spawned several top 5 singles, including “Lo Siento” and “Angel”. She kept on releasing a string of chart-busting singles and albums that eventually led to a number of roles in both films and television series. Belinda appeared in the Disney Channel Original Movie The Cheetah Girls 2 in 2006 and played the lead role in the Mexican telenovelas in Camaleones in 2009. She has quite a social media following with more than 10 million Instagram followers and 6 million followers on Twitter.

Belinda Peregrín was born on the 15th of August 1989, in Madrid, Spain. She is currently 30 years old.

Belinda Peregrin is the daughter of Ignacio Peregrín Gutiérrez and Belinda Schüll Moreno. She grew up alongside her younger brother Ignacio (Nachito) in Mexico.

Her maternal grandfather was the late famous French bullfighter, Pierre Schüll. Her father owned several factories in Europe. She’s got Spanish roots on her father’s side and French and Spanish ancestry on her mother’s side.

Peregrin spent her first four years in Madrid after which her family moved to Mexico city and settled down there permanently. Despite not knowing her education history, she completed her schooling in Mexico City.

Unlike many celebrities in the show business, the Mexican cutie is usually not vocal when it comes to her romantic life. There’s not a lot to share regarding the personal matters of Belinda. She was in a relationship with a magician and escape artist named Criss Angel from 2016 until their breakup in 2017.

Blinda made her acting debut in the in the Disney Channel Original Movie The Cheetah Girls 2, where she played the role of Marisol Duran. The film garnered a total of over 8.1 million viewers during its premiere, the highest ratings of all Disney Channel Movies at its time.

In addition to starring in the film, she has contributed to the film’s soundtrack as well. She crooned four songs with the soundtrack released on August 15, 2006 which charted at No. 5 on the Billboard 200 and sold 1.4 million copies to date in the United States.

In 2000, Blinda landed the role of Ana Capistrán Vidal in the Mexican children’s telenova, Amigos x siempre. She won the Palme d’Or for Best Child Actress as well as Eres Awards for Best Singer and Actress for her work in the series.

Blinda had a knack for music right from her childhood and honed her singing skills by taking music lessons. She has been singing ever since she was a child. At first, she contributed the soundtracks of the projects she’s working in, and later made a call to release her own album and started working on it.

She went on a tour titled Fiesta en la Azotea (meaning “party on the flat roof”) following the success of her album. The tour was also a huge success and witnessed a record breaking attendance of over 1.5 million people.

As of April 2020, Belinda Peregrin has released four studio albums. Apart from her eponymous debut album, she has released albums such as Utopía (2006), Carpe Diem (2010) and Catarsis (2013).

Through her accomplishments, Belinda Peregrin’s net worth, as of 2020, is estimated at $10 million. She has made her fortune as a singer and actress, earning the most from album sales, endorsements, and television and film appearances. With her increasing popularity along with her career reaching new heights, she’s gonna make a lot of money in the years to come.

She is quite active on social media and has a huge social media presence as well. As a passionate singer and actress, Belinda Peregrin has earned tens of thousands of fans over the years. She can be found on Instagram @belindapop, where she has amassed over 10 million followers.

Her Twitter handle @belindapop has over 6 million people followed while her Facebook page @belindapop has got nearly 11 million followers. You can also follow her on YouTube, where she uploads music videos and covers to her legion of 540,000 subscribers.

She’s worn a lot of hats so far in her career with winning her first television role at only 10 year old.

She knows how to play the piano.

Belinda has sold over 12 million records worldwide making her the third best-selling Mexican artist in the U.S.

She has a dog named Bambi, which was gifted by her mom on her birthday.

In 2017, Belinda was cast as an extra in the film Baywatch, starring Dwayne Johnson and Zac Efron.

She partnered with her younger brother to open a luxury karaoke bar, La Chismosa Canta Bar (The Gossip sing and bar), which currently has three branches in Mexico.

In 2020, she joined the Mexican singing competition show, La Voz on TV Azteca as one of its coaches.

She has her own music promotion company called Joy Music.