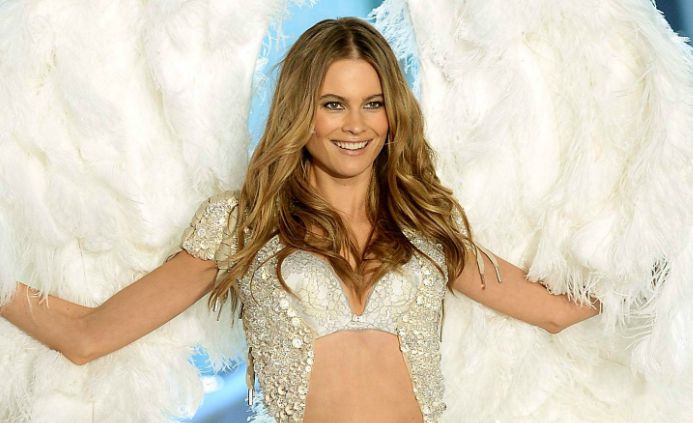 She has appeared on the covers of multiple editions of international magazines like Vogue, Elle, Marie Claire, i_D, and V, to name a few. As of 2023, Behati Prinsloo has a net worth of $9 million.

Behati Prinsloo was born on the 16th of May 1988, in Grootfontein, Otjozondjupa, Namibia. She’s currently 33 years old.

Behati Prinsloo is the only child of a church minister, Louis Francois “Boet” Prinsloo, and mother, Magda (née Rossouw), who runs a bed and breakfast. Her father was contracted to work in South Africa before she was born, but when she was three years old her family moved back to Namibia.

She is of Afrikaner (Dutch) descent as well as French and German, distant Latvian, and remote Portuguese, Norwegian, Belgian [both Flemish and Walloon], Swiss-French, Swiss-German, Danish, Swedish, Chinese, Indian, Indonesian, Malagasy, and other African [including Angolan] ancestry.

Behati Prinsloo married Maroon 5 frontman Adam Levine in Mexico on 19 July 2014. They have two children together. She gave birth to their first child, a daughter, Dusty Rose, on September 21, 2016. They had their second child, a daughter, Gio Grace, born on February 15, 2018.

Behati Prinsloo made her debut at Prada and Miu Miu shows in Milan and Paris in 2006.

In 2012, she made a guest appearance along with fellow model Jacquelyn Jablonski in an episode of the CBS series Hawaii Five-0.

Being Victoria’s Secret Angel since 2007.

In 2008, she became the face of Pink, Victoria’s Secret’s sub-brand targeting teens and preteens.

As of 2023, Behati Prinsloo has a net worth of $9 million dollars. She loves with her family in a lavish $16 million Beverly Hills which is a 7,100 square-foot property that includes a home theater, library, gym, and maid quarters.

Behati Prinsloo was discovered by a model scout while she was vacationing in Cape Town with her grandparents.

In 2009, she appeared as the rich girl in The Virgins’ music video ‘Rich Girls’.

She is good friends with Taylor Swift.

She was chosen as the face of Pepe Jeans for their Spring/Summer campaign in 2014.

Behati was placed at number 12 on ‘The Top Sexiest Models’ by the fashion news site, models.com.

Behati Prinsloo is fluent in both Afrikaans and English language.

She has a pet cat named Gollum.