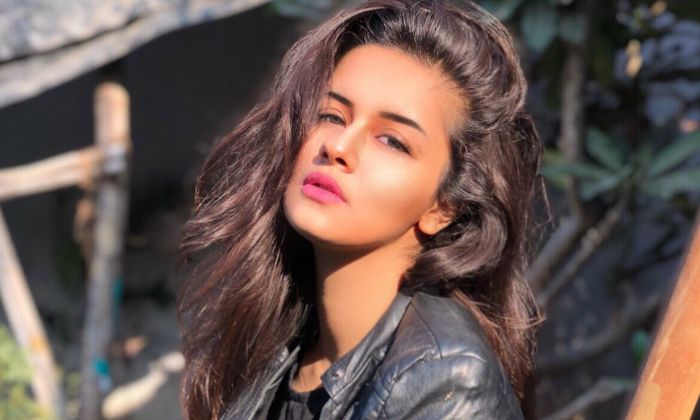 Who is Avneet Kaur?

Avneet Kaur is an Indian actress and dancer probably best known for her starring roles in Meri Maa, Ek Mutthi Aasmaan, Hamari Sister Didi and Chandra Nandini. She first shot to fame when she competed in the reality shows Dance India Dance Li’l Masters and Dance Ke Superstars. In 2018, she began playing Princess Yasmine in the fantasy drama TV series, Aladdin – Naam Toh Suna Hoga. Besides all this, Avneet is also a social media influencer, with a massive fan following on various social media platforms. With over 19 million TikTok followers, she is named #7 in the top 10 most followed TikTokers in India.

Avneet Kaur was born on the 13th of October 2001, in Jalandhar, Punjab, India. She is currently 18 years old.

Avneet Kaur is the daughter of Amandeep Nandra and Sonia Nandra. She has a brother named Jaijeet Singh.

She was educated at the Police DAV Public School in Jalandhar, Punjab until 9th grade and left her studies in pursuit of her acting career.

Avneet Kaur is still in her teens and apparently, the young damsel isn’t dating anyone, at least publicly. Moreover, the pretty diva is reluctant to talk about her personal life on social forums and the media.

Avneet made it to the big screen in 2014 when she was cast as Meera in the crime thriller film Mardaani. This is the only film that she has acted ever in her career, however, the stunning diva is a showstopper in the television industry.

Avneet Kaur made her first television appearance with Zee TV’s dance show Dance India Dance Li’l Masters in 2010. She made it to the top three finalists of the show.

In 2013, she was featured in the music video of the Punjabi song “Labdiyaan” by Malaa Treon.

She embraced her dancing talents, which is her biggest trademark, ever since she was young. Her appearance on Zee TV’s dance show Dance India Dance Li’l Masters brought her maximum exposure and fame.

She has accumulated over 19 million followers on the short video-sharing app, TikTok, which literally helped her to reach greater heights. She is one of the top 10 most followed Indians on Tiktok, juts trailing behind the fellow actor and social media influencer Jannat Zubair Rahmani, who currently has 20.5 million TikTok followers.

Avneet can be found on Instagram @avneetkaur_13, where she has nearly 10 million followers and features pictures of herself from various photoshoots, behind the scenes photos, and pictures from her travel as well. You can also find her on Facebook @AvneetKaurDID where she’s got over 400,000 followers.

She started off as a dancer at a young age. It was her parents who encouraged her to learn dance when she was young.

Avneet participated in many dance competitions both on and off the screen before venturing into acting.

She has appeared in a number of TV commercials for brands like Maggi, Clinic plus, Coco-Cola, Lifebuoy Handwash, among many others.

In 2018, she played Nikki Babbar in web series, Babbar Ka Tabbar, and its sequel, as a part of Zee5 originals.

In 2018, she began starring as Princess Yasmine in the fantasy drama series, Aladdin – Naam Toh Suna Hoga, which is airing on SAB TV.