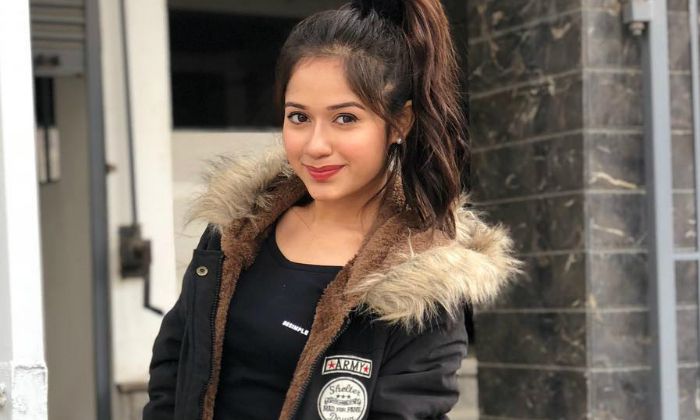 Jannat Zubair Rahmani is an Indian actress who gained immense popularity for portraying the younger version of Phulwa on Colors TV’s Phulwa. She played Young Phool Kanwar in Bharat Ka Veer Putra–Maharana Pratap and went on to star as Pankti Sharma in Tu Aashiqui. In 2019, she had a recurring role as Pankti in the Zee TV soap opera, Aap Ke Aa Jane Se. Jannat has a huge social media presence, thanks to her charming personality. She has amassed over 44 million Instagram followers in addition to millions of followers on Twitter, Facebook, and Youtube. In 2022, she made it to Forbes 30 Under 30 list.

Jannat Zubair Rahmani was born on the 29th of August 2001, in Mumbai, Maharashtra, India. She is currently 21 years old.

Jannat Zubair Rahmani is the oldest of two children to actors Zubair Ahmad Rahmani and Nazneen Rahmani. She has a brother named Ayaan Zubair Rahmani, who is also an actor.

Now, this is the topic that most of you are probably looking forward to. Well, we are sorry to say that there is not a lot we have to share regarding personal affairs of Jannat. She has tried to keep things away from the media to the best of her abilities. However, there have been rumors about Jannat dating fellow social media influencer Faisal Shaikh as they share a lot of pictures of being together on their respective social media accounts.

Jannat Zubair Rahmani made her acting debut as Muskaan in the 2011 Hindi film, Aagaah–The Warning.

As a child actress, she landed her first acting role in the Indian medical drama series, Dill Mill Gayye, as Tamanna in 2010.

Jannat Zubair Rahmani began her professional acting at a very young age with a guest-starring role in Dill Mill Gayye in 2010.

She got her first major breakthrough by playing the younger version of Sargun Mehta’s character in the soap opera Phulwa. For her work in the series, she won the Indian Telly Awards for Best Child Actor (Female) in 2011.

In addition to her successful acting career, the young diva is also a YouTuber and runs a makeup and lifestyle channel called “Complete Styling with Jannat Zubair”. Her channel has accumulated over 360k subscribers.

Jannat has appeared in a number of television commercials for brands like Airtel, Samsung, Godrej, Pepsodent, Godrej, Videocon, and many others.

She has appeared in films such as Luv Ka The End, What Will People Say, and Hichki.

In 2018, she won the Gold Awards in the category “Best Debut Of The Year (Female)” for her work in Tu Aashiqui

She is good friends with actress Anushka Sen.

She has aerophobia, a condition that makes people experience nervousness or anxiety when they fly.

In 2022, she starred in Colors TV’s stunt-based reality show Khatron Ke Khiladi 12 as a contestant.

In 2022, Forbes featured Rahmani in their annual 30 Under 30 list in the “Media, Marketing and Advertising” category.