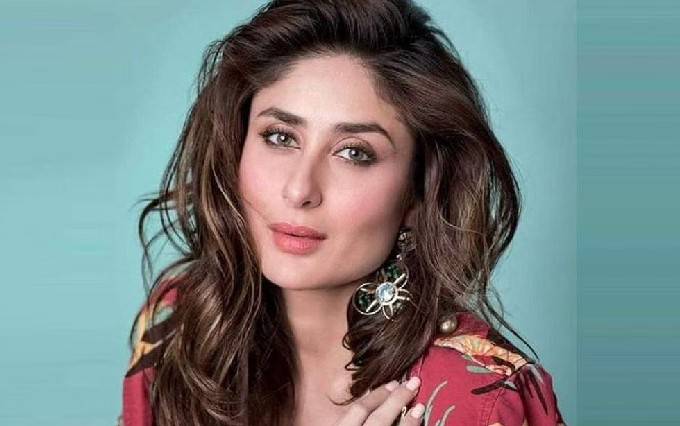 Hailing from a family of actors, Kareena Kapoor is a popular Bollywood actress probably best known for her versatility. The name Kareena was inspired by the book Anna Karenina by Leo Tolstoy, which her mother read while she was in her womb. Being one of the most successful and highest-paid actresses in the industry, she has created a name for herself in Bollywood. She ventured into acting at the age of 19, and today, she is a well-known actress in India. The Bollywood actress has starred in more than 60 films, and some of her most acclaimed works are Omkara (2006), 3 Idiots (2009), Golmaal 3 (2010), Bodyguard (2011), Heroine (2012), Singham Returns (2014), Bajrangi Bhaijaan (2015), Udta Punjab (2016), Veere Di Wedding (2018), and Good Newwz (2019), to name a few. Besides her acting career, she has co-written three books and also owns a clothing line. Scroll down this biography to learn about her childhood, career, height, weight, vital stats, lifestyle, husband, kids, family, net worth, and unknown facts about her.

Kareena Kapoor was born on the 21st of September 1980, in Mumbai, Maharashtra, India. She is currently 42 years old.

Kareena Kapoor attended Jamnabai Narsee School in Mumbai and then Welham Girls’ School in Dehradun. She later joined Mithibai College in Mumbai and studied commerce. She also took a microcomputer course at Harvard University in the United States for three months.

Kareena then enrolled at the Government Law College in Mumbai, however, she dropped out realizing that it wasn’t her cup of coffee. She developed an interest in acting and joined an acting school in Mumbai, where Kishore Namit Kapoor, was her mentor.

Kareena was romantically linked with Bollywood actors Shahid Kapoor and Hrithik Roshan in the past.

Kapoor made her acting debut in 2000 with the Bollywood film, Refugee playing the role of Nazneen “Naaz Ahmed” for which she received a Filmfare Award for Best Female Debut.

In 2012, she appeared in episode 154 as Mahi Arora in the television series Punar Vivah. The same year, she also appeared in the crime series C.I.D as herself.

Over the years of her successful acting career, Kareena Kapoor has amassed a net worth of $6 million. Kareena is one of the high-profile celebrity endorsers in the country, who take Rs 3 -4 crores per endorsement deal. She is also the highest-paid actress in Bollywood, thanks to her good looks, natural acting, and captivating onscreen persona.

Kareena has an impressive fleet of expensive cars such as BMW 7 Series, LX 470 SUV, and Mercedes S350. She owns several real estate properties in India as well as in the UK. She lives with her family in the Fortune Height apartment located in the posh area of Bandra in Mumbai.

Kareena got maximum exposure to cinema since she was from a family of actors. However, her inspiration for acting was from Bollywood actresses like Nargis and Meena Kumari.

She loves Horseback riding and cooking.

She’s the only Indian actress to be featured on CNNGo’s list of “Who Mattered Most in India”, and was later selected by Verve for its list of the country’s most powerful women from 2008 to 2013.

In June 2010, Kapoor was named “India’s Most Beautiful Woman” by the Indian edition of People magazine; Eastern Eye and Indian Maxim named her “Asia’s Sexiest Woman” and “India’s Hottest Woman” in 2011 and 2012 respectively.

Kareena Kapoor has received six Filmfare Awards out of ten nominations, including Best Female Debut in 2000 for ‘Refugee,’ the Best Actress and Best Supporting Actress for ‘Jab We Met’ (2007) and ‘We Are Family’ (2010) respectively.

She received the Smita Patil Memorial Award for her contributions to the Hindi film industry in 2006.

Kareena Kapoor is actively involved in a number of philanthropic endeavors. She began working with UNICEF in 2014 to advocate the education of girls and increase quality-based education in India. She has also been an ambassador for the Shakti Campaign, a project launched by NDTV to combat violence against women.

In 2019, Kareena Kapoor joined the seventh season of the dance reality show “Dance India Dance” as a talent judge.

In 2021, she co-authored Pregnancy Bible with Aditi Shah Bhimjani, which later went on to become a commercial success.