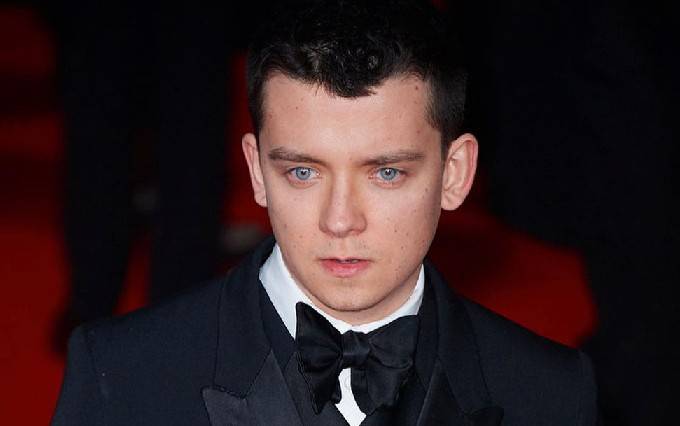 Asa Butterfield is an English actor who has achieved a tremendous amount of success at a young age. He began performing onstage at the age of 7 years old with Young Actors Theatre Islington and later made his transition to television, portraying Andrew in the 2006 TV movie After Thomas. He came to prominence with the Holocaust drama The Boy in the Striped Pyjamas where he played the lead character named Bruno.

Despite being only 25, he has already turned out to be an accomplished actor. Through his mind-blowing performances, he has touched fans of all ages. After he delivered a critically acclaimed performance as the eponymous orphan in Martin Scorsese’s Oscar-winning film Hugo, he made headlines when he took on the role of Otis Milburn in the Netflix comedy-drama series Sex Education. His other acting credits include Ender’s Game, The Space Between Us, Time Freak, Flux Gourmet, and Greed, among many others. With Sex Education, Asa is set to reach a much larger audience. Apart from his successful personal life and professional life, there’s a lot more to know about the star.

Asa is the second oldest of three children to Jacqueline Farr, a psychologist, and Sam Butterfield, an advertising copywriter. He has an older brother, Morgan Benjamin Butterfield, and two step-sisters, Loxie and Marie.

Asa Butterfield is currently single. He had previously dated actress Ella Purnell. They both starred together in the 2016 movie Miss Peregrine’s Home for Peculiar Children.

Though he’s in his mid-20s, Asa Butterfield has already built a pretty impressive resume. He made his first acting appearance at the age of 8, playing Andrew in the TV movie After Thomas. He landed his first major role in the 2008 period drama The Boy in the Striped Pyjamas, which was based on the novel of the same name by John Boyne. Director Mark Herman happened to see an audition tape of him. Mindblown by his performance, he immediately decided to cast him in the movie. Asa received a British Independent Film Awards nomination for Most Promising Newcomer and a Young Artist Awards nomination for Best Leading Performance.

His acting career brought him so much attention that he continued to make headlines with his appearances in projects like Hugo, Ender’s Game, The Wolfman, Nanny McPhee and the Big Bang, Journey’s End, Slaughterhouse Rulez, Then Came You, Choose or Die, Ashes to Ashes, and 50 States of Fright. Most recently, he was cast in the Netflix series Sex Education, his next bigger role. On the show, he plays Otis Milburn, a socially awkward teenager who gives sex advice to his peers, alongside an ensemble cast – Gillian Anderson, Ncuti Gatwa, Emma Mackey, Connor Swindells, and Mimi Keene. For his performance, he won a National Comedy Award for Outstanding Comedy Actor and was named the Artist of Distinction at the Newport Beach Film Festival.

As of 2023, Asa Butterfield has amassed a net worth of $5 million dollars. Through his acting works, he has cemented a place in show business. Having already accomplished a lot at a young age, Butterfield has shown the world how much passionate he is about acting. He will continue to have a thriving career by chasing his dreams which in turn contribute to his wealth.

Along with his brother and father, Asa developed the IPad game titled Racing Blind, which was launched on April 7, 2013.

In 2011, he was named one of the “Breakout Stars to Watch” by MTV Networks’ NextMovie.

He is a competitive Nintendo gamer and has participated in various tournaments. He is now a part of Team Liquid.

Aside from his acting career, he is multi-talented. He loves music and gaming and also plays piano and squash.