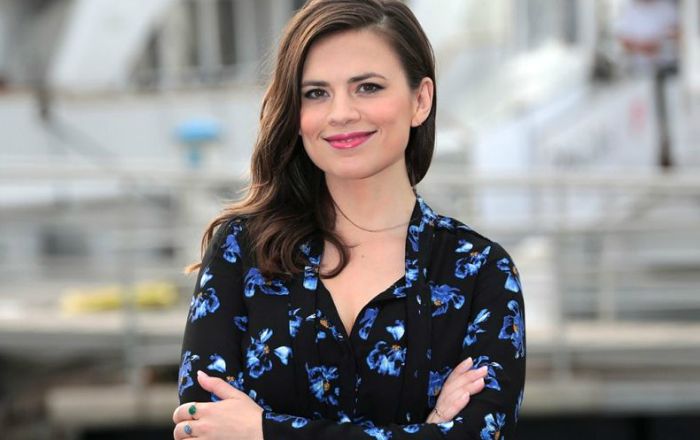 Hayley Atwell is a British and American actress who came to the limelight for her role as Elizabeth “Bess” Foster in the 2008 drama The Duchess. She is best known for her portrayal of Peggy Carter in Marvel Cinematic Universe films and television series. As of 2023, Hayley Atwell has a net worth of $3 million.

Hayley Atwell was born on the 5th of April 1982, in London, England, United Kingdom. She is currently 41 years old.

Hayley was later admitted to the Guildhall School of Music and Drama where she studied for three years, graduating in 2005.

Hayley Atwell began dating television writer Gabriel Bisset-Smith after being friends for seven years. This was her long-term relationship with anyone, but they broke out in early 2012.

She was in a relationship with musician and model Evan Jones from 2014 to 2015.

I can’t imagine it if beauty was the only currency I used as an actress. It just doesn’t interest me.

Hayley was cast as Catherine “Cat” Fedden in the BBC drama series The Line of Beauty. She appeared in just three episodes of the series.

Starring as Peggy Carter in a number of Marvel’s Cinematic Universe films and TV shows.

Nude scenes can be very liberating. I feel very human. This is me, with all my little imperfections.

Atwell turned vegetarian when she was 8 after seeing Loyd Grossman put a live lobster into boiling water.

She is good friends with Emma Thompson and Chris Evans.

Atwell’s first on-screen role was in a television commercial for Pringles potato crisps.

She auditioned for the role of Dr. Carol Marcus in Star Trek: Into Darkness (2013) which went to Alice Eve.

She and actress Lily James share the same birth date. Atwell is seven years her senior. Although she played Lily James’s mother in Cinderella (2015).

For her role as Peggy Carter in Captain America: The First Avenger in 2010, Atwell took a three-month course in art history and haiku at the Open University.