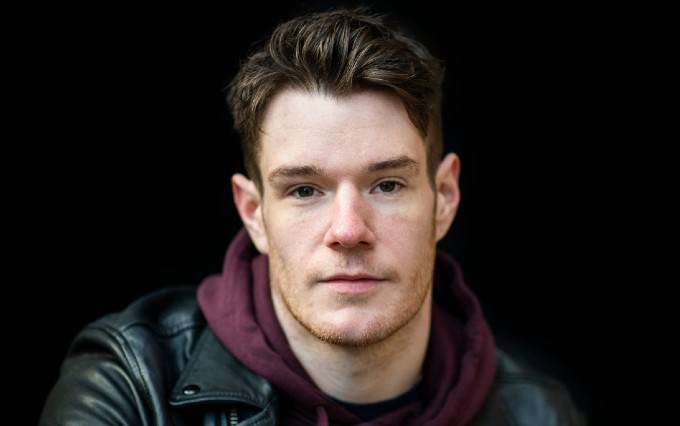 Connor Swindells is an English model and actor who is probably best known for playing Adam Groff on the Netflix comedy-drama series Sex Education in addition to appearing on Hariots, Vigil, and SAS: Rogue Heroes. He has acted in movies like The Vanishing and Emma. He recently wrapped up his shoot for SAS: Rogue Heroes, a historical drama series that stars Jack O’Connell, Alfie Allen, Sofia Boutella, and Dominic West. Since his inception into acting, he has amassed over 1.4 million followers on Instagram.

Connor Swindells was born to English parents Ian Swindells and Phoebe Swindells. His mother died when he was about 7 years old. After that, he and his father moved to his grandparent’s home in West Chiltington before settling in Billingshurst.

Swindells started off his career as a model and branched out to acting after gaining some popularity in modeling. His first acting gig was a guest appearance in an episode of Harlots in 2017. It took another two years for his career to pick steam and started catching on with audiences when he landed the role of Adam Groff on the Netflix comedy-drama series Sex Education. Starring alongside the likes of Ncuti Gatwa, Asa Butterfield, Emma Mackey, and Gillian Anderson, Connor Swindells catapulted to stardom which led to his being nominated for an MTV Movie Award nomination in the Best kiss category.

Swindells road to fame began when he starred in the hit Netflix series Sex Education. The show not only made him famous but has also helped him gain a hefty net worth. While the exact net worth of Swindells is not known right now, it is safe to say that he’s already swimming in the dough. With more projects under his belt, there is no doubt that Connor is likely to keep having a thriving career.

He was raised in Lewes, East Sussex.

Connor won his first acting role after his friend dared him to audition for a local play. He got selected to play the lead role, and after that, he played in two more plays before he made it to onscreen.

He was named one of the Stars of Tomorrow during the 2017 Screen International Awards ceremony.

In 2021, he joined the cast of SAS: Rogue Heroes, portraying David Stirling, the lead character co-starring with the likes of Jack O’Connell, Alfie Allen, Sofia Boutella, and Dominic West.