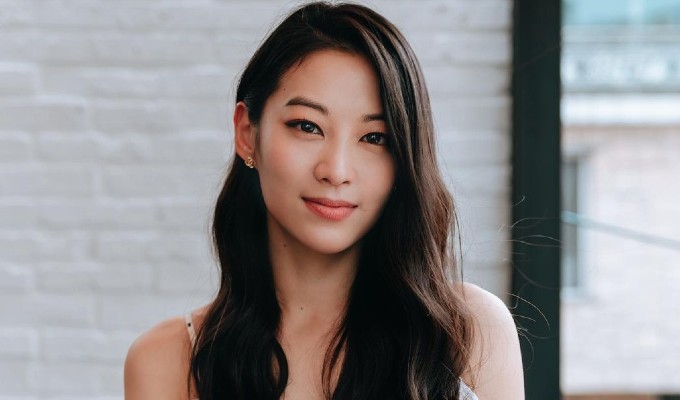 Arden Cho is an American actress and singer of Korean descent. She first gained attention for her role as Kira Yukimura on MTV’s most-watched series Teen Wolf. Staring out with a supporting cast in the TV series Mad TV, the Texas native has since taken the leading role in the TV series Tween Fest and landed major acting roles on Miss 2059 and Chicago Med.

As a singer, Arden has released singles “I’m Just a Girl” and “Simply”. She was last in the TV series Chicago Med, starring Nick Gehlfuss. In February 2019, she co-founded Leonard & Church, a New York City-based watch company. Cho has quite a presence on Instagram where she more than 3 million followers.

There’s very limited to no information about her parents and early life. Her father is a grandmaster. She was raised in San Antonio before her family settled in Plano, Texas. She was a victim of bullying at school that led to hospitalization not once but twice.

Cho went to a high school at Apple Valley, Minnesota before attending the University of Illinois at Urbana–Champaign. There she studied psychology and graduated from the college in 2007. It was while in college, she developed an interest in acting and took part in the Asian American Association’s Fashion Show.

The Korean origin actress has been romantically to Korean-American rapper Junoflo since early 2021.

She gained widespread attention for her starring role in the MTV supernatural teen drama series Teen Wolf. On the show, she was cast alongside the likes of Tyler Posey, Crystal Reed, Dylan O’Brien, and Tyler Hoechlin. Her killer performance as Kira Yukimura, a young woman that moved from Beacon Hills as a monster from Japanese mythology made her a household name.

Undoubtedly, Arden Cho is one of the gorgeous and versatile actresses that has made a massive net worth from her long and fruitful acting career. Thanks to her parts in major productions like Teen Wolf, Arden Cho has a net worth of $10 million in {year}. Her net worth is likely to increase with her being the CEO of Leonard & Church, a New York City-based watch company

She is a black belt in Judo and grew up training with her father, who is a grandmaster.

Cho was a part of the cheerleading squad for more than eight years.

She took psychology as her major in college hoping to become a lawyer but she dropped her plans later to become an actor.

She landed her first acting role in the film The Break-Up (2006), starring Vince Vaughn and Jennifer Aniston.

In 2014, she took on the role of Kira in the hit series Teen Wolf, a role that actually changed her life.

She is bilingual and can speak Korean and English.