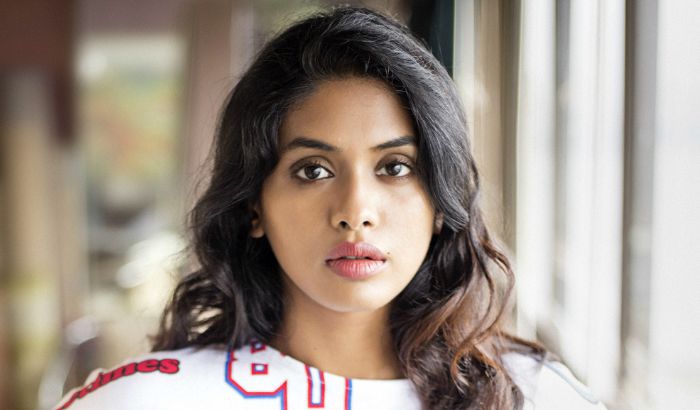 Anjali Patil is an acclaimed Indian film and theatre actress who became known to the world for her roles in films such as Delhi in a Day, Chakravyuh, Newton, and With You Without You. She achieved massive fame with the film Newton, which was India’s first official entry to the 90th Academy Awards. She is also a recipient of the National Film Award – Special Mention, and the Nandi Award for Best Actress for her stunning performance in her Telugu debut film, Na Bangaaru Talli.

While there’s not a lot of information regarding her personal life is available to share, She grew up with her sister in her hometown of Nashik in Maharashtra. Her parents are Sanjay Shinde and Shubha Shinde. She has got Marathi roots with both her parents belong to Marathi ethnicity.

Anjali attended RJCB girl’s high school (Purushottam) in Nasik. She then enrolled at the Center for Performing Arts at the University of Pune from where she obtained her Bachelor’s Degree in Arts with a gold medal for her excellence in June 2007. She then got admission to the National School of Drama in New Delhi to study Master in Theater Design.

Speaking about her romantic life, we know that many of her fans are probably looking forward to. However, Anjali Patil is a very private person and has not revealed anything about that aspect of her life to the media. Furthermore, Anjali is currently focusing on her career and has very little time for romance.

Anjali Patil made her feature film debut in the 2011 Hindi-English international independent film ‘Delhi in a Day,’ playing her role as Rohini.

She received critical acclaim for playing Selvi in the 2012 Sri Lankan film ‘Oba Nathuwa Oba Ekka (With You, Without You)’. She was highly lauded for being the first Induan actress to dub herself in the movie and her stellar performance earned her Silver Peacock award for Best Actor Female at the International Film Festival of India in 2012. That makes her one of the youngest actors to win this award.

Her other notable film works include Naa Bangaaru Talli, Chakravyuh, and Delhi in a Day.

She wanted to become an actress as a child and persuaded her parents to enroll her in acting school after school education.

In 2012, she got a huge break with her role as Juhi in Prakash Jha’s film, “Chakravyuh”. The film dealt with the issues related to Naxalwad, and her performance in the film created a name for herself in Bollywood.

In November 2012, she won the prestigious Silver Peacock for Best Actor Female at the International Film Festival of India for her role in the Sri Lankan film With You Without You. With that, she became one of the youngest actors to win the award.

In 2013, she won the National Film Award – Special Mention and the state Nandi Award for Best Actress for her role in the Telugu film, Na Bangaaru Talli.

Anjali Patil is the first-ever Indian to dub in the Sri Lankan language Sinhala.

She has dyslexia who doesn’t understand numbers.

In an interview, Patil said that she will work with big banners only if they create good cinemas. She categorizes herself as an artist rather than an actress.

She played a pivotal role in Pa. Ranjith’s film Kaala alongside Rajinikanth.

Patil is trained in various Indian martial arts/dance forms like Kalari, Chhau, and Thang-Ta. She is also trained in the Indian classical dance form, Kathak but has shifted her focus to contemporary body works.

In 2021, she debuted in the Tamil film industry with the movie Kuthiraivaal in which she played the leading lady.