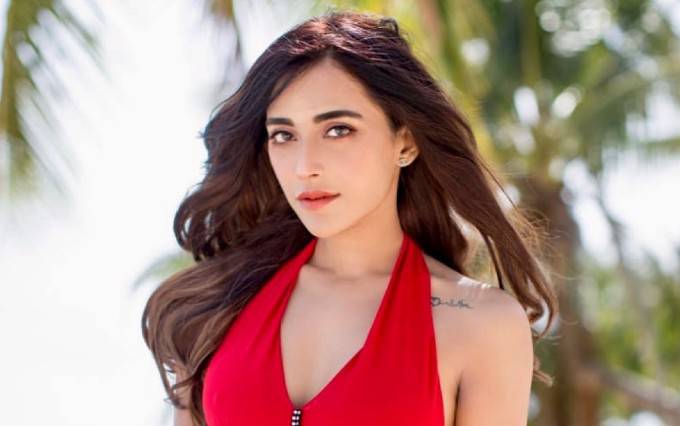 Model turned actress Angela Krislinzki is known for playing the lead role in Puri Jagannadh’s Rogue in 2017. Throughout her carer, she has modeled for various brands like Pizza Hut, Renault, Oppo, and many others. She had also appeared in Indian reality TV shows such as Splitsvilla Season 1 and India’s Next Superstars Season 1.

Angela Krislinzki was born on the 21st of June 1992, in Valencia, Spain. She’s currently 30 years old.

Unfortunately, not much is known about her personal life like her parents’ names, siblings, and early life. Her mother’s name is Neeta Krislinzki.

She obtained her master’s degree in Psychology at K.C. College, Mumbai.

Angela dated Venezuelan professional boxer, Jorge Linares, a four-time world champion, for a long period of time before they broke out in 2013.

She is currently in a relationship with singer, composer, and music producer Madhav Mahajan.

In 2008, she appeared as a contestant in the reality TV show Splitsvilla in its first season.

Angela has endorsed several brands and products by appearing in over 50 TV commercials along with celebrities including Irrfan Khan, Sushant Singh Rajut, Ranbir Kapoor, and Hrithik Roshan.

She started her modeling career when she was still in 12th grade.

She is trained in different dance forms including Latin jazz, hip-hop, contemporary, and Bollywood.

In early 2017, Angela ran into controversies when she said that Bollywood actor Hrithik Roshan is her “friend and mentor” to a magazine. However, Hrithik denied her claim and wrote on Twitter, “My dear lady, who are you and why are you lying”, to which she apologized for all the chaos.

She is proficient in seven languages including Hindi, Punjabi, English, and Spanish.

Angela is a certified scuba diver.