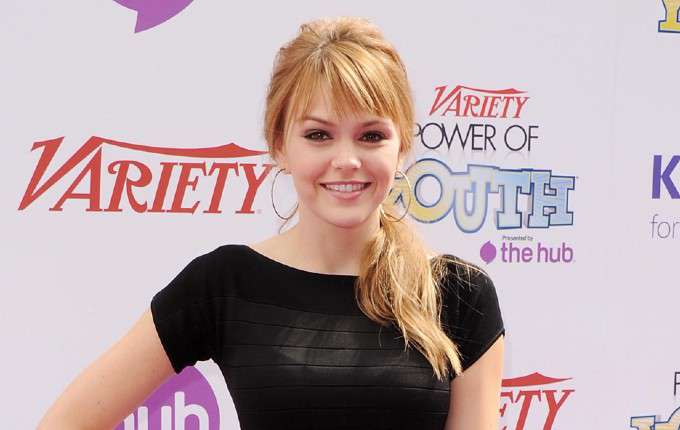 Aimee Teegarden is an American actress, model, and producer. A native of Downey, California, Teegarden first came to public attention when she played Julie Taylor in the NBC drama Friday Night Lights. It was one of the first major roles that earned her a Young Hollywood Awards for TV Actress of the Year in 2011.

From there, she went on to star in a number of TV shows and movies. Of the variety of roles that she took on, it was Jenny Randall on Scream 4 and Nova Prescott on Prom that helped her gain more recognition in the industry, making her one of the most demanded actresses in the past decade. She took on acting after a successful stint in modeling. In fact, it helped her secure good roles in movies as well as in TV shows. Despite having been a household name for years, Aimee had always maintained a low profile. Here’s everything you need to know about the multi-faceted Aimee Teegarden.

Aimee likes to keep her personal life as private as possible, so she’s never divulged any information about her family or her early life. It seems that she has two siblings, one brother, and one sister. Her grandparents are William Henry Teegarden and Jean Charlotte Lee.

At age 16, she completed her high school through independent study.

Aimee Teegarden is known to be secretive when it comes to her personal life. It appears that she’s not involved in a relationship as far as we know. Although she is single for now, she was romantically linked to actors Zach Gilford and Grey Damon in the past.

Aimee has been acting for years. She started off with modeling at the age of 10 and has modeled for brands like Alltel, Hollister, Old Navy, Tommy Hilfiger, and YMI Jeans. Her acting career took off in 2003 when she landed a small role in the TV series Cold Case. It took almost three years for her next appearance to arrive. She played Melissa in the popular TV show Hannah Montana on Disney Channel.

After that, her acting career continued to thrive, landing roles in notable TV shows and films. In 2006, she joined the cast of Friday Night Lights as Julie Taylor, a role that she played for five seasons. In 2007, she won the Young Hollywood Awards in the TV Actress of the Year category for her work in the series.

Over the years, she has appeared in several TV shows and movies, including Scream 4, Prom, Rings, Guest House9, 0210, Aim High, Star-Crossed, and The Ranch.

Even though she’s in her early thirties, the actress already has a pretty impressive acting resume. Her career started with commercials before she moved on to acting. Thanks to the long list of movies and TV shows she is credited with, she is already a millionaire. As of 2022, Aimee Teegarden is worth about $6 million. As she has a long way to go, we can expect her wealth to grow multiple folds.

Growing up, she played baseball for several years. In fact, she wanted to become a baseball player but she later realized that it wasn’t her cup of coffee.

In 2008 she was awarded “Honorary International Sweetheart of DeMolay International”, a young men’s group associated with Job’s Daughters.

She has been associated with Oceana, a non-profit ocean advocacy group, for several years now.

Apart from acting, she has also appeared in music videos including the likes of Demi Lovato‘s “Made in the USA” and Metro Station’s “Kelsey”.

She co-starred with Liam Hemsworth and Teresa Palmer in the war drama Love and Honor.