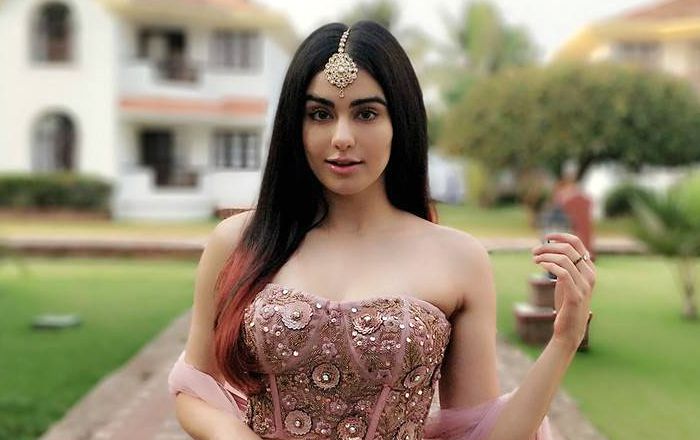 Adah Sharma is an Indian actress and model who is probably best known for her starring roles in such movies as Hasee Toh Phasee, Heart Attack, S/O Satyamurthy, Garam, and Kshanam. She received a Filmfare Award nomination for her role in her debut film, 1920.

Adah Sharma is the daughter of S. L. Sharma and Sheila Sharma. Her father, a native of Madurai, Tamil Nadu, worked as a captain in the merchant navy, and died in 2015. Her mother is a classical dancer and yoga instructor based out of Nattupura, a town near Palakkad in Kerala. She is of Tamil descent from her father’s side and Malayalam on her mother’s side.

She has kept her personal life discreet from tabloids and thus there is not much information available about any relationship she has had in the past or in the present.

Adah made her on-screen debut with Vikram Bhatt’s horror film 1920 in 2008, in which she played the role of  Lisa Singh Rathod.

She has appeared in many TV advertisements for brands such as Limca, Parachute, Nokia, Nescafe, Center Fresh, Cell point, Godrej No.1 Beauty Soap, Joyalukkas, Olay and PETA.

As of 2022, Adah Sharma has an estimated net worth of $1.5 million. She is a high-profile actress in the film industry and makes it big in films.

She is a gymnast.

Adah is an accomplished dancer and is prolific in different dance forms like Kathak, jazz, and ballet.

She studied Kathak at the Natraj Gopi Krishna Kathak Dance Academy in Mumbai.

Adah has a strict skincare and hair regime. She washes her hair daily with natural homemade shampoos. She applies an almond face pack to keep her skin soft.

She is a pure vegetarian.

At the 5th edition of the Indian Federation for Fashion Development’s India Runway Week, Sharma dazzled in a beautiful lehenga as she walked the ramp for Shravan Kumar.

In 2020, she starred as Shivani Bhatnagar, a transgender woman, in a MX PLAYER webseries, Pati patni aur panga.

In 2022, she headlined the music video of Yasser Desai’s Piya Re Piya.