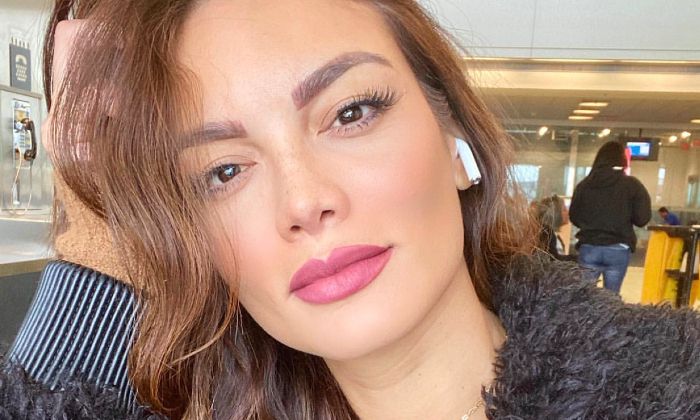 Who is Zuleyka Rivera?

Zuleyka Rivera is a Puerto Rican beauty queen, actress, TV host, and model, who first came to the public’s attention when she won the coveted title of Miss Universe 2006. The following year, she launched her acting career, debuting on Mexico’s Telemundo’s soap opera, Dame Chocolate as Betsy Marvel. In 2017, she made the leap to international fame again, scoring a number one hit appearing on Luis Fonsi’s single “Despacito.” She guested in a Spanish crime drama, El Dragón: Return of a Warrior, in 2019.

Zuleyka Rivera was born on the 3rd of October 1987, in Cayey, Puerto Rico. She is currently 33 years old.

Zuleyka Rivera is the daughter of Jerry Rivera and Carmen Mendoza. She has two brothers, Jerry, Jr. and Jose Rivera Mendoza.

There’s not a lot to share about the schools she went to or her education history.

As far as Zuleyka’s romantic life is concerned, she was in a relationship with Dallas Mavericks point guard J. J. Barea from 2010 to 2013. The two started dating in 2010 and they welcomed their first child, son Sebastián José Barea Rivera on February 18, 2012.

In early 2013, many tabloids reported that the couple are no longer together. In April of that year, amid speculations, Barea cleared the air confirming that he and Rivera had broken up.

She became one of the youngest Miss Universe titleholders in its history with winning the title in 2006 at the age of 18 years old.

Having accomplished a big feat at a young age, has a lot to be proud of. She was featured in several publications and traveled around the world during her reign as Miss Universe.

In 2007, she made her television debut in the telenovela, Dame Chocolate, as Betsy Marvel, co-starring with Carlos Ponce and Karla Monroig.

In 2017, she appeared in the music video of Luis Fonsi’s hit song “Despacito”. The music video has since garnered over 6 billion YouTube views, making it one of the most viewed videos on the platform.

The gorgeous Puerto Rican beauty is estimated to have a net worth of $5 million dollars as of 2020. The accomplishments Zuleyka has achieved at such a young age are proof that she is a talented, passionate, and beautiful woman. She has become adored by women all over the world.

As an accomplished actress and model, Zuleykahas proven that if a woman works hard she can make all of her dreams come true in life. She is extremely popular on Instagram, where her vibrant photos have attracted over 2.2 million followers.

Her other social media include Facebook and Twitter, where she’s got over 1.2 million and 320 thousand followers, respectively.

She was raised in the town of Salinas in Puerto Rico where the music video for Despacito was shot.

She started her modeling career at a young age of 14. Her credits include appearing in television commercials and prints ads and walking the ramp for big names in the fashion industry.

Rivera appeared at WrestleMania 23 along with Miss USA 2007 Rachel Smith and Miss Teen USA 2006 Katie Blair, supporting Donald Trump in the Battle of the Billionaires match against Vince McMahon.

Zuleyka has her own swimwear line called “ZK Swimmer” and a clothing line called “Zuleyka for Kress,” sold exclusively at Kress stores in Puerto Rico.

She runs a fitness website, where she helps people stick to a fitness routine. Anyone can go to her website and register for fitness training.

In her own words, “I like to create, know and share stories that inspire not only women, but everyone to be THE BEST VERSION OF THEIRS”