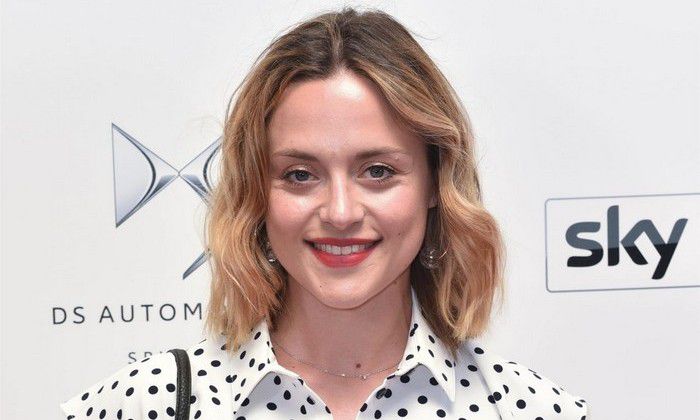 Zoe Tapper is an English actress who may be best known for her role as Nell Gwynne in Richard Eyre’s award-winning film Stage Beauty in 2004. Ever since then, her career has only grown, landing roles in other major projects like Survivors and Demons. In 2018, she had a recurring role as Joy D’Branin in the TV series Nightflyers. Zoe’s acting career has also opened the door to branch out into some other lucrative avenues. In 2019, she voiced the character Oracle of Light, Theva in the video game Final Fantasy XIV: Shadowbringers.

Zoe Tapper is the daughter of Robin Tapper and Yvonne Tapper. She has a brother named Jonathan Tapper.

She attended the Academy Drama School and the Central School of Speech and Drama, from which she graduated in the spring of 2003.

Oliver Dimsdale is the wife of actor Zoe Tapper. They got married on 30 December 2008. In April 2011, the couple welcomed their daughter, Ava.

Zoe’s first big break happened when she landed the role of Nell Gwyne in the period drama film, Stage Beauty, which was released in 2004. Her acting started a year before that, which means her career spans more than 18 years.

To put that into perspective, she has been making lots of money from appearances on TV shows and films all these years. Thanks to her roles in prominent TV shows like Demons, Survivors, Mr Selfridge, Safe House, Liar, Nightflyers.

Most recently, she was cast in the role of Kate, a detective, in the Netflix crime thriller series The One, which premiered on March 12, 2021.

All of these roles have considerably added huge chunks of cash to her wealth. While the exact numbers of Zoe Tapper’s net worth is not known right now, sources predict the actress’ worth to be around $500 thousand.

Zoe made her acting debut as Jane in the 2003 television movie The Private Life of Samuel Pepys, which aired on BBC2.