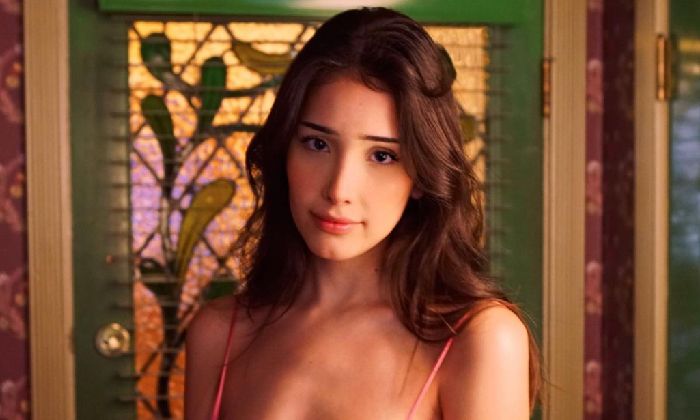 Zión Moreno is an American-Mexican actress and model, probably best known for portraying Fleur in the musical horror fantasy film K-12 as well as for her role as Isabela on Netflix hit series Control Z. She made headlines when she won the role of Isabela, a transgender student, in the hit Mexican teen drama, Control Z, which has only boosted her acting career. Most recently, she drew so much attention for herself for landing a major role on HBO max reboot Gossip Girl. Zion Moreno is quite vocal about LGBTQ rights and serves as an inspiration to every transgendered woman that feels like she can’t be successful in today’s world.

Zión Moreno was born to Mexican parents of unknown identities and professions. She hasn’t revealed much about her family and her childhood, except that she has a brother. She spent a larger part of her life in Albuquerque, New Mexico, where she was raised alongside her young brother before relocating to New York to pursue her dreams.

Though she was born male, Zión transitioned into a girl at a very young age. After completing her school education, she moved to New York where she was scouted by a modeling agent who helped her sign with Wilhelmina Models. The rest is history.

As I have already mentioned, Zión prefers to keep her personal information as private as possible, so she’s never shared any information about her relationship status with the public. Looking at her social media profiles, it is quite evident that she’s not dating anyone right now but there are also chances of her being in a relationship.

Zión Moreno has been modeling since 2011 after she signed with Wilhelmina Models. She has also worked with other modeling agencies, modeling for various labels and designers.

She got her mainstream break with the 2019 movie K–12 in which she was seen playing the character role of Fleur, co-starring singer Melanie Martinez. The movie brought her so much attention that led to other major acting roles, including Isabela in Netflix’s Control Z, a role inspired by her life. Her character, Isabela de la Fuente, was the most popular girl in the school but after it was revealed that she was transgender, she got harassed by her classmates and dumped by her boyfriend.

The Texas native has a huge presence online with nearly 1 million people following her on her Instagram. In addition, she has tens of thousands of followers on Twitter and Facebook, respectively.

Though she has been active in the industry for almost a decade, she only got her mainstream break quite recently. Therefore there are not many details regarding her net worth at the moment. Zión is likely to keep having a thriving career as she continues to share her talents with the world.