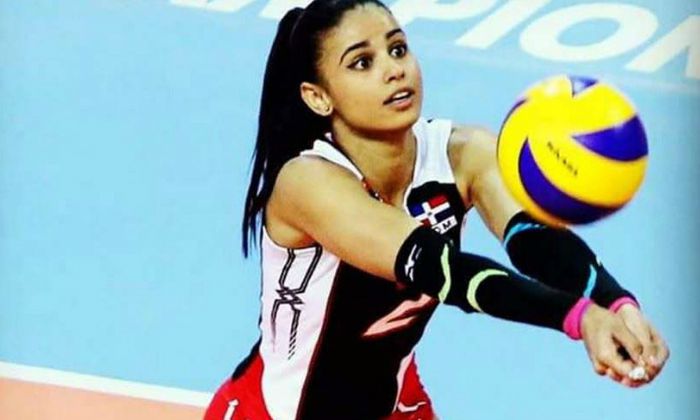 Winifer Fernandez is a young talented volleyball who was named the tournament’s best digger after winning the 2016 Pan-American Volleyball Cup. She gained fame in 2016 when her videos and photos went viral on the internet. The slick, fast, and smart athlete have several wins to her credit including the won the World Grand Prix Group 2, the 2016 Pan-American Cup, and the 2017 Bolivarian Games gold medals. She currently plays club volleyball for the team Mirador.

Winifer Fernandez was born on the 6th of January 1995, in Santiago de los Caballeros, Santiago Province, Dominican Republic. She is currently 28 years old.

Unfortunately, not much is known about Fernandez’s parents, siblings, family, and educational background. She was planning to pursue business administration in 2013.

The young, sleek, and slender Winifer has been winning the hearts of millions of youngsters ever since her videos and photos went viral a few years ago. Her fans are eager to know her relationship status but she’s a private person and refrains herself from sharing any information related to her romantic life.

Perhaps, she might be dating a man with whom she was seen spending some quality time enjoying on the Caribbean beaches. She has not disclosed his identity but shared a picture of her having fun with him on Instagram in later 2018.

Winifer Fernandez made her professional debut at the junior level with the 2008 Dominican Republic Volleyball League in which she played for the Dominican club Santiago. She won the bronze medal.

Winifer has been playing volleyball since she was 10 years old. She was trained by coach Miguel Duran.

In 2009, she moved to Santo Domingo and joined the junior national team.

She won the Best Digger, Best Receiver, and Best Libero awards in the 2010 NORCECA Youth Championship.

Fernandez was conferred with the 2012 volleyball player of the year by the Santo Domingo Guild of sportswriters.

Again in 2014, she was named the volleyball player of the year by the Santiago province Guild of sportswriters.

In 2016, she garnered a lot of attention when her videos and photos had gone viral on the internet. She also gained immense popularity on social media.

She ranked #7 in the 10 most beautiful and coveted athletes in the world list by the Salvadoran newspaper El Mundo in 2017.

She won the U23 Pan-American Cup in 2016 and the following year, she won the FIVB U23 World Championship qualification with her U23 National team.