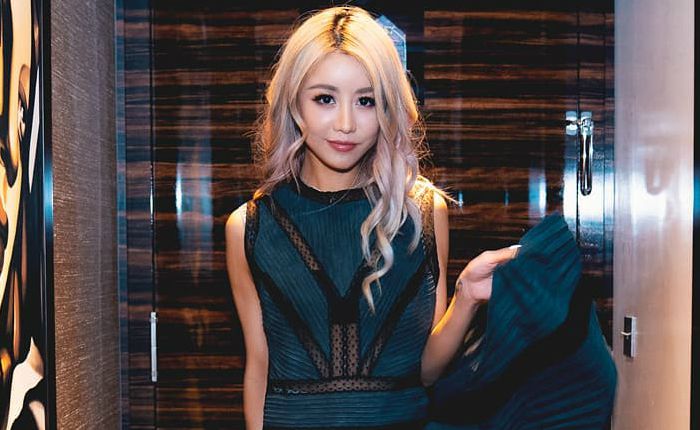 Wengie is a Chinese-Australian YouTuber, singer, and lifestyle vlogger who runs the most popular YouTube channel in Australia. Her self-titled channel has accumulated more than 14 million subscribers, making her the most popular YouTuber from Australia. She also owns one of Australia’s top blogs, The Wonderful World of Wengie. The budding beauty guru has amassed around 2 million followers on Instagram.

Wengie was born on the 9th of January 1986 in Guangzhou, Guangdong, China. She is currently 37 years old.

Unlike her professional career, there’s not much-known information about her personal life.

Talking about her education, she moved to Australia at a very young age. Apparently, she must have completed her formal school education in Sydney, where she resides.

Wengie has been dating fellow social media personality Henry Prince Mak, a.k.a. Max for several years now. The couple got engaged right after their graduation. Some reports claim that they got married while some report otherwise, however, the two have been living together ever since their engagement.

Wengie released her debut single “Baby Believe Me” on July 13, 2017, which debuted at number 11 and peaked at number 6 on the Chinese music charts. Some of her most popular tracks include Oh I Do and Cake.

She made her debut as a voice actress, offering her voice to the character Blisstina “Bliss” Utonium in the Australian and New Zealand versions of The Powerpuff Girls: Power of Four, a five-part TV movie, in 2017.

Her stardom in the digital medium is no less than anyone in the entertainment industry. With over 14 million subscribers, Wengie has the most subscribed YouTube channel and has been the most popular Youtuber in Australia.

She gained fame for her beauty, fashion, and lifestyle videos on YouTube.

She has an estimated net worth of $1.5 million.

Born in China, she moved to Australia along with her family when she was a child.

Wengie worked in a corporate company earning a six-figure salary before she decided to make vlogging her full-time career.

She created a YouTube channel for herself in 2010 and named it Wengie. She started off by posting beauty-related videos and later branched out to include fashion, lifestyle, and DIY videos.

Wengie is a big fan of Taylor Swift and Justin Timberlake. She also runs another channel called “W,” on which she exhibits her singing talents. She also has uploaded covers of their songs on her YouTube channel.

She also has a separate YouTube channel named, LifeOfWengie, where she posts long talks about relationships, and friendships, and gives pieces of advice on bullying or being an introvert.

Her debut EP titled Collabs Vol. 1 arrived on November 6, 2020. She followed it up with her second EP, 11:11, featuring singles Bitter, Trust Issues, Tight Rope, and Ghost.