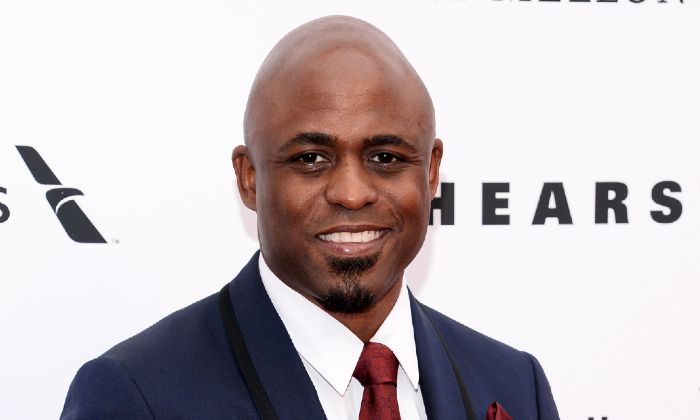 Wayne Brady is an award-winning American comedian, actor, singer, and television personality, probably best known for his appearance on the improvisational comedy series, Whose Line Is It Anyway? He entered the show business while he was still a teenager by performing in community theater before booking small roles in television series.

Known for his exceptional comedic and dramatic talents, he hosted TV shows such as Fox’s Don’t Forget the Lyrics!, Let’s Make a Deal, and The Wayne Brady Show. Besides all this, Brady has lent his voice to several TV series and films, including The Electric Piper, The Loud House, American Dad!, The Hero of Color City, and Foodfight!. His acting credits include recurring roles in Black Lightning, Colony, and won season 2 of The Masked Singer in 2019.

Wayne Brady was born on the 2nd of June 1972, in Columbus, Georgia, United States of America. He’s currently 49 years old.

He is the son of West Indies parents Wayne Brady and Linda Marie Newton. His mother worked at the Northeast Baptist Hospital in San Antonio, Texas while so father was an ex-serviceman. He moved to the United States at a very young age to live with his grandmother and aunt, who lived in Orlando, Florida.

Brady studied at Dr. Phillips High School in Orlando, After graduating from high school in 1989, he attended the University of Miami. He developed an interest in performing arts at a young age and joined the Orlando improv troupe SAK Comedy Lab that would eventually lead to pursuing a career in the creative industry.

Wayne Brady married Diana Lasso on December 31, 1993 and divorced her on September 21, 1995. After dating dancer Mandie Taketa for a while, he married her on April 3, 1999. The couple welcomed their child, a daughter named Maile Masako Brady, on February 3, 2003. Unfortunately, this marriage also didn’t go well and they parted ways in 2006, followed by divorce in 2007.

Wayne Brady landed his first television role in 1990 when he was cast in teh role of John in an episode “The Sons of Icarus” of Superboy.

In 2004, Brady debuted with a voice role in the animated movie called Clifford’s Really Big Movie, where he voiced the character named Shackelford.

That same year, he played Mason Wyatt on Disney’s original movie, Going to the Mat.

In 2004, he played the role of lawyer Billy Flynn in the Broadway Revival of Chicago, staged at Ambassador Theatre.

Wayne Brady released his debut studio album entitled “A Long Time Coming” on September 16, 2008, which peaked at #157 on the US Billboard 200. It featured some hit songs, including “Ordinary”, “Can’t Buy Me Love”, “Make Heaven Well”, and “A Change is Gonna Come”.

In 1998, Wayne Brady started performing in the British version of the comedy show Whose Line Is It Anyway? and later that year, he became a regular on the American version of the same show. He won the Emmy Award for Outstanding Individual Performance in a Variety or Music Program for his exceptional work on the show in 2003.

Not only he gained immense popularity with the show, but the success of the show eventually boosted his media career. In 2001, he had his own show, The Wayne Brady Show and went on to host shows like Don’t Forget the Lyrics!, Let’s Make a Deal and guested on TV shows such as Everybody Hates Chris, Shorty McShorts’ Shorts, Fast and Loose, Psych, The Bold and The Beautiful, Black Lightning and Wayne Brady’s Comedy IQ.

Thanks to Wayne’s successful career, he has earned an impressive amount of $12 million as net worth, as of 2022. Having begun his career at a young age, it’s quite amusing for Wayne to amass such a huge wealth on his own right.

Wayne struggled with stuttering as a child and suffered from clinical depression for a major part of his life.

His early works include playing Tigger at Walt Disney World.

He got his start in show business early in his career, thanks to his mind-blowing improvisation skills that he had showcased in numerous TV shows.

Wayne was named Sak Theatre’s 1992 Rookie of the Year for TheatreSports/Improv.

He was the face of Avaya, a telecommunications company in 2004.

Wayne has won four Daytime Emmy Awards, the first two awards for The Wayne Brady Show in 2003 and 2004, respectively, third award for the song “30,000 Reasons to Love Me” in 2014 and the fourth award for his work on the game show Let’s Make a Deal.

He is a dog lover.