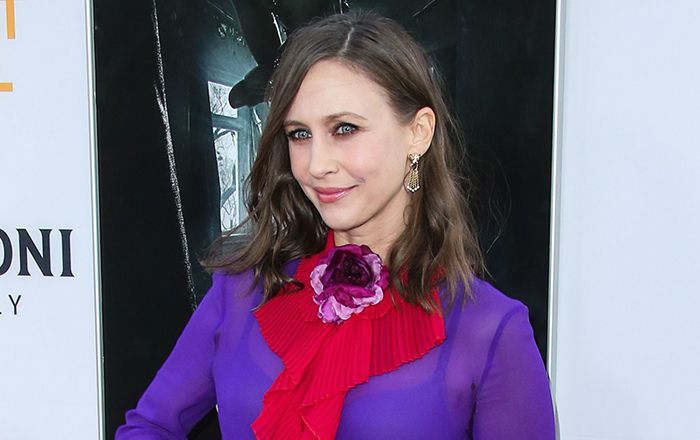 Vera Farmiga is a famous American actress and film director best known for her portrayal of Alex Goran in the 2009 comedy-drama Up in the Air, which earned her several accolades and nominations, including the Academy Award for Best Supporting Actress.

She played Lorrain Warren in The Conjuring film series. Farmiga was cast in the leading role of Norma Louise Bates in the A&E drama-horror series Bates Motel. Her other major acting credits include Down to the Bone, The Departed, Source Code, and Safe House. As of 2022, Vera Farmiga has a net worth of $10 million dollars

After that, she studied performing arts at Syracuse University and graduated with a Bachelor of Fine Arts in 1995.

Vera Farmiga married musician Renn Hawkey on September 13, 2008, after dating for around 4 years. She was five months pregnant with their first child at the time of her marriage. the couple welcomed their first child, son Fynn McDonnell Hawkey, on January 13, 2009. She gave birth to their second child, daughter Gytta Lubov Hawkey, on November 4, 2010.

She was previously married to French actor Sebastian Roche from 1997 to 2005.

Farmiga earned her first acting credit as Kerrie in the drama-thriller Return to Paradise in 1998. Before making her film debut, she was cast as Diane in a short film The Butterfly Dance.

Vera Farmiga made her television debut in the Fox fantasy series Roar, playing the leading role of Catlin in 1997.

She got her first break in 2005 for her role as Irene Morrison, a drug-addicted mother of two, in the independent drama film ‘Down to the Bone’. Her portrayal received an overwhelming response from critics and the audience alike.

In 2009, she appeared opposite George Clooney in the comedy-drama ‘Up in the Air’, which went on to become a commercial success and earned her praises as well. She was nominated for the Golden Globe Award, SAG Award, BAFTA Award, and Academy Award for Best Supporting Actress.

Her portrayal of paranormal investigator Lorraine Warren in James Wan’s horror film The Conjuring (2013) and its sequel The Conjuring 2 (2016). The series can easily be categorized as one of her best and highest-grossing films ever.

As of 2022, Vera Farmiga has a net worth of $10 million dollars. The family owns several properties, including a lavish house in Hudson Valley, New York, and an exquisite mansion in Vancouver, British Columbia, Canada.

Farmiga did not learn English until she was six.

As a teenager, she toured with a Ukrainian folk-dancing troupe, Syzokryli.

She worked in customer service for an air conditioning company before becoming an actress.

She started her acting career, appearing in the original Broadway production of Taking Sides in 1996.

She is good friends with George Clooney.

She knows to play the guitar and piano.

She is multilingual and can speak French, Spanish, Ukrainian, and English.

She was a member of the Breakthrough Actor award jury at the Gotham Awards in 2017.

Farmiga is a nondenominational Christian.