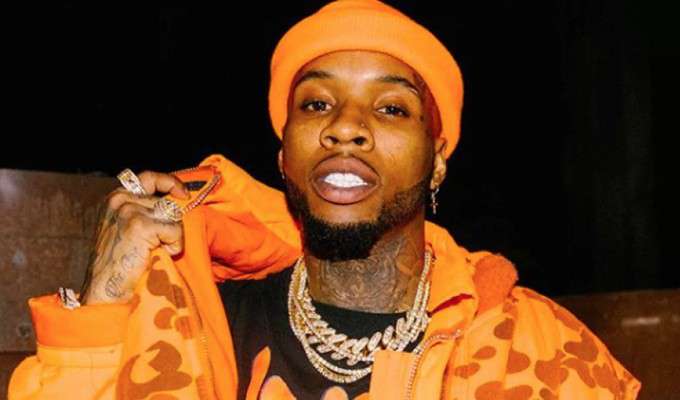 Tory Lanez is one of the most successful rappers in the pop scene. Hailing from Canada, he also doubles as a singer, songwriter, and record producer. His unique style of rapping blended with R&B has attracted audiences from all over the world and not to mention his incredible wealth and lifestyle. He came into the music scene at a very young age and has been ruling the hip-hop scene with his mesmerizing works.

Though he is from Canada, he has been more successful in the United States. He is one of the few artists out there to have all his albums charting in the top 10 spots of the Billboard 200 chart and is best known for his chart-busting singles “Say It”, “LA Confidential”, “Luv” and “Shooters”, to name a few. In addition to his own work, he has collaborated with several other artists, including Meek Mill, Alicia Keys, Miguel, Casey Veggies, Zayn Malik, and Lil Wayne. His album credits include “I Told You”, “Memories Don’t Die”, “Love Me Now?”, “Chixtape 5” and “Daystar”. Here’s everything you need to know about Tory’s musical journey and accomplishments.

Tory has Barbadian and Curaçaoan ancestry.

He hails from a very religious family of Sonstar Peterson and Luella Peterson. His father, a Bajan, worked as an ordained minister and missionary. He lost his mother to a rare disease when he was 11 years old. His father remarried later upon moving to Miami, Florida. He has an older step-brother named Suheyb Ali Isse.

Tory Lanez attended Fletcher’s Meadow Secondary School in Brampton, Ontario until his 10th grade and left the school to pursue a rapping career.

Tory Lanez is believed to be single as of now. He hasn’t divulged too much information about his personal life. However, he has dated many women in the past. Some of the well-known names he had been in the relationship with are rapper Trina, actress Masika Kalysha, rapper Kash Doll and rapper Megan Thee Stallion.

He began rapping during his childhood years and spent years refining his rap skills. By the time he was working on his debut mixtape, T.L 2 T.O, he was good at it. Between 2009 and 2015, he faced a lot of hardships and established contacts with various notable artists in the music industry.

His career actually took off in 2015 when he got signed to record producer Benny Blanco’s Mad Love Records. He released his debut album, I Told You, on August 19, 2016. With hits like “Say It” and “BLOW”, the album charted at number 5 in Canada and reached number 4 in the US. He then went on to release three more albums under Mad Love Records.

After departing from Mad Love, his fifth album Daystar arrived on September 25, 2020. He released the album through his own label, One Umbrella Records. It peaked at number 10 on the US Billboard 200.

A self-made artist, Tory has been rocking the pop scene for several years now. He has a pretty impressive resume with numerous hits to his name.

At 28, Tory had already enjoyed a tremendous amount of success and is highly regarded as one of the finest rappers in the pop industry. Through album sales, tours, concerts, and other appearances, he has made a huge fortune for himself. As of 2022, Tory Lanez’s net worth is estimated to be about $2 million.

On July 12, 2020, rapper Megan Thee Stallion, accused him of shooting in her feet that left her with gunshot wounds. She was later admitted to a hospital and the bullets were removed from her leg. Police confiscated a gun from his car and arrested him on charges of carrying a concealed weapon in his vehicle

Earlier that day, Lanez and Stallion were partying with Kylie Jenner. Lanez denied those claims and came out with an album “Daystar”, in which he denied that he shot Stallion.

He moved out of his house at age 15 and started living on his own.

His early career was fueled by Jamaican-American R&B singer Sean Kingston who discovered him on YouTube and mentored him as well.

His debut album, I Told You, arrived in 2016, and it became a huge success and peaked in the top 10 in Canada and the U.S.

He launched his record label, One Umbrella, in 2014.

Tory has been nominated for Juno Awards multiple times and has won the award four times.