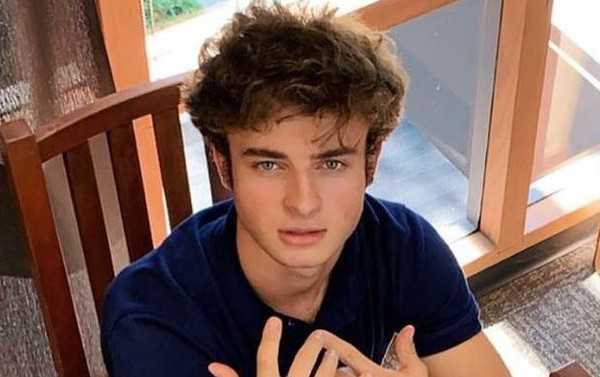 Topper Guild is one of the fastest-growing content creators on the Chinese short-video sharing app, TikTok. Based in the United States, the 19-year-old first came into prominence on Tiktok through his lifestyle, prank, and comedy skits.

He joined the app in January 2020 and has since gained an audience of over 24 million followers. According to TikTok growth analyzing tools, his fan following has increased at a growth rate of 10% in recent months, the highest on the app. He has over 2.3 million subscribers on YouTube. Both TikTok and YouTube are his primary source of wealth.

He has been in a relationship with a fellow social media star named Colie.1. The duo got engaged in February 2021 and they called off their engagement the next month. However, shortly after, they rekindled their romance.

Being a TikTok celebrity, on which he has an enormous 24 million followers.

His YouTube channel has been subscribed by more than 2.4 million people.

There’s not much known about Topper Guild’s net worth right now. But, thanks to the massive popularity he’s enjoying online, he would have earned some serious paychecks.

He has already forged a place for himself in the competitive online space and with such huge followings on both TikTok and YouTube, it’s not a big deal for Topper to lure brands for collaborations. A typical online influencer earns money by monetizing his content as well as by promoting a product or brand, which is termed collaboration.

The same applies to Topper and you may see him promoting something in his videos and brands usually pay them based on their followers count.

He made a collab video with boxer Ryan Garcia.

Topper started posting content to both YouTube and TikTok around the same time in 2020. He has a following of near 26 million followers on both these apps combined.

Though he works on various content, the pranks are the most popular ones that actually earned him popularity on social media.

Some of his popular YouTube videos are “He finally pranked me back (topperguild) – #shorts”, “EATING SPONGE PRANK ON GIRLFRIEND – #Shorts”, “COKE VS MENTOS BATH TUB #shorts” and “TOPPER GUILD GETS PRANKED BY HIS GIRLFRIEND – #Shorts”. All of these videos have surpassed 100 million views each.