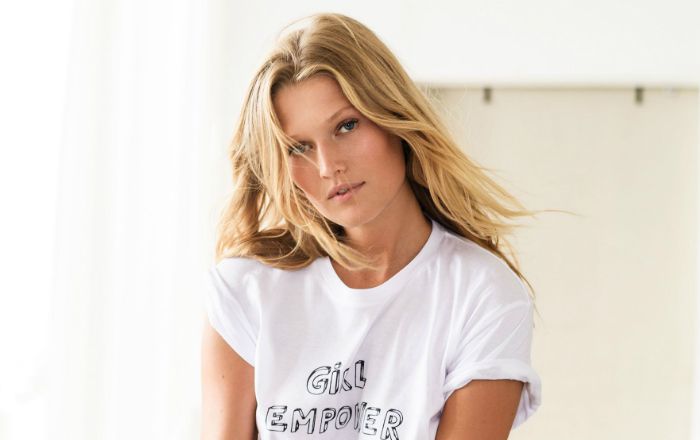 Toni Garrn is a German model who gained prominence for her work with Calvin Kelvin. She walked the Victoria’s Secret Fashion Show for consecutive three years in 2011, 2012, and 2013. She was featured on the cover of many international magazines like Vogue, Elle, Madame Figaro, Muse, Harper’s Bazaar, and Allure among others. As of 2023, Toni Garrn has a net worth of $1.5 million.

Toni hasn’t revealed anything about her personal life to the media. Not much is known about her father. He works for an oil refinery, whereas her mother, Anja Garrn, is a businesswoman. Her older brother, Niklas is also a model.

Talking about her educational part, she moved to London and then to Athens at a young age. She studied at Campion School in Athens. She returned to her hometown Hamburg at the age of 10 and continued to take music lessons, which she has been learning since she was six. Garrn got discovered at age 13 during a match at the 2006 FIFA World Cup and began pursuing her modeling career.

Garrn was in a relationship with actor Leonardo DiCaprio from 2013 to 2014. In 2015, she began dating American basketball player Chandler Parsons only to break up in November 2016. In 2017, she was rumored to be dating Swedish actor Alexander Skarsgard.

She is currently in a relationship with British actor and model Alex Pettyfer and they got engaged on Christmas Day 2019. Their wedding was held in Hamburg, Germany on 2 October 2020. They welcomed their daughter Luca Malaika in July 2021. They had their second wedding ceremony on the island of Paros, Greece on 19 June 2022.

Toni Garrn made her acting debut in the 2017 television movie Under the Bed as Lisa. that same year, she appeared in two episodes of the German drama series, You Are Wanted, in which she played the role of Katja.

She has many acting credits to her name including Head Full of Honey, Berlin, I Love You, Spider-Man: Far From Home, and Dreamland.

She spent most of her childhood in London before returning to Germany at age 10.

Garrn is a classical pianist.

Her first language is English, despite her being German.

She appeared in a Dream Angel campaign for Victoria’s Secret alongside model Lindsay Ellingson.

Toni has a charity called the Toni Garrn Foundation which aims at providing education for underprivileged girls who are denied an education.

She has appeared on the covers of Vogue, Numéro, Marie-Claire, Another Magazine, Harper’s Bazaar, i-D, Tush, and V magazines.

Toni Garrn was also featured in the February 2009 edition of Numéro for their #100 issue.