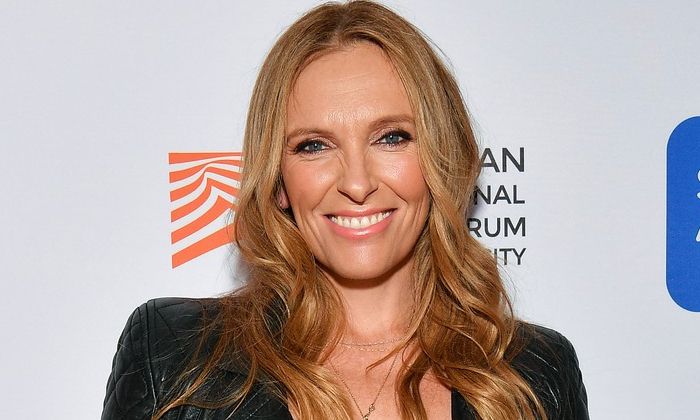 Toni Collette is an award-winning Australian actress and singer, probably best known to the world for her noteworthy performances in such films as Muriel’s Wedding, The Sixth Sense, Little Miss Sunshine, Hereditary, and Dream Horse. She’s also recognizable from her roles in TV shows like the United States of Tara, Hostages, and Unbelievable. Apart from being credited with a wide range of roles in both films and TV shows, she’s also an acclaimed singer, known for being the lead singer of her band Toni Collette & the Finish.

She released her first studio album Beautiful Awkward Pictures in 2006, where she wrote all the songs and toured Australia with the band. Since her first acting gig, she has spent most of her life in the spotlight. That’s not at all a surprise when you look at her career and all she has accomplished.

Toni Collette was born on the 1st of November 1972, in Sydney, Australia. She’s currently 49 years old.

The Sydney native, Toni Collette, is the eldest of three children of Bob Collett, a former truck driver, and Judy (née Cook), who worked as a customer service representative. She was raised alongside her two younger brothers, Ben and Christopher in the suburbs of Sydney.

There, she attended Blacktown Girls’ High School, where she was involved in netball, tap-dancing, and swimming apart from participating in local singing competitions. From an early age, she had a passion for performing and she got an opportunity to perform in a high school production of Godspell at the age of 14.

She showcased her acting talents which received attention and praise from the audience. After she found early success with that play, she took her acting dreams seriously and dropped out of school at age 16 to begin working with the Australian Theatre for Young People.

Collette then attended Sydney’s National Institute of Dramatic Art for a year and a half before dropping out when she secured a role in a Sydney stage production of Anton Chekhov’s Uncle Vanya.

Toni Collette started dating fellow Australian Dave Galafassi, a musician, in 2002, and a year later, they got married in a traditional Buddhist ceremony on 11 January 2003 in Sydney. They have two children, daughter Sage and son Arlo.

She was previously in a brief relationship with her Velvet Goldmine co-star, Jonathan Rhys Meyers.

Toni Collette started her acting career in the early 90s and made her big-screen debut in 1992 in the film, Spotswood, co-starring with Anthony Hopkins and Russell Crowe.

Her first of many memorable roles arrived in 1994 in P.J. Hogan’s black comedy Muriel’s Wedding. Her roles as Muriel Heslop brought in her international acclaim and earned her an Australian Film Institute award for Best Actress.

On the heels of her newfound fame, several major roles followed, including Lynn Sear, a single mother of a troubled young boy in the hit thriller movie The Sixth Sense, for which she earned an Academy Award nomination for best-supporting actress.

Aside from being a passionate and talented actress, Collette has also taken a stab at singing. She released her first album, Beautiful Awkward Pictures in 2006. She’s also the lead singer of Toni Collette & the Finish.

Having been an actress since her early twenties, Toni Collette has accomplished a lot of things as well as she’s highly respected for her contributions to the industry. She has won several prestigious awards including a Golden Globe and a Primetime Emmy Award for her prolific performance in the Showtime comedy-drama series the United States of Tara.

Having become a very influential celebrity in the entertainment industry, Toni Collette has managed to amass a net worth of $18 million. She is likely to continue having a successful career, having said that, her net worth is likely to increase as well in the years to come.