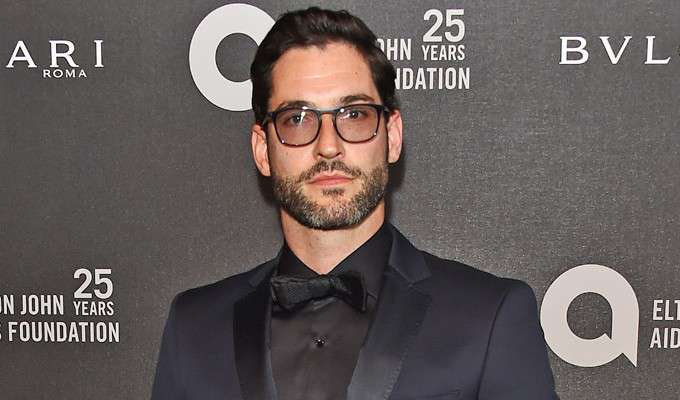 Tom Ellis is an English actor from Cardiff, Welsh who’s probably best known for his starring role as Lucifer Morningstar in the Netflix fantasy series Lucifer. He began his acting profession in the early 2000s and got his first breakthrough in 2009 when he took on the role of Gary Preston in the BBC One Sitcom Miranda. His other acting credits include Dr. William Rush in the USA Network series Rush, Steven McColl in the ITV drama Monday Monday, and Mark Etches in the British supernatural drama The Fades. He boasts 10 million followers on Instagram, a remarkable feat for a 44-year actor.

Of English descent, he was born to Marilyn Jean and Christopher John Ellis. His father was a Baptist Minister while his mother worked as a school teacher. He has three siblings, all sisters, with one of them being a Baptist pastor.

Ellis went to High Storrs School, located on the outskirts of Sheffield, England, United Kingdom. After high school, he got himself enrolled at the prestigious Royal Conservatoire of Scotland (previously Royal Scottish Academy of Music and Drama [RSAMD]) from where he earned his BA degree in dramatic studies.

On June 1, 2019, Tom married his girlfriend of four years, American screenwriter Meaghan Oppenheimer. Tom Started seeing Meaghan around sometime in 2015 after he finished off all the divorce procedures from his first wife Tamzin Outhwaite. She has worked on many films as a screenwriter, including Zac Efron’s “We Are Your Friends”, “Fear the Walking Dead”, and “Queen America”.

Following their engagement in early 2019, they took wedding vows in June of that year. It was a simple and elegant wedding that was attended by actors like JDB Woodside, Rachael Harris, Lesley-Ann Brandt, and Kevin Alejandro.

He was previously married to English actress Tamzin Outhwaite from 2005 until their divorce which was finalized in 2014. She is eight years older than him. The actress became a fan favorite with her role as Mel Owen in the BBC soap opera, EastEnders. They have two daughters, Florence Elsie Ellis, born on June 17, 2008, and Marnie Mae Ellis, who was given birth on 1 August 2012.

He’s also a father to a child from his relationship with ex-girlfriend Estelle Morgan.

A passionate and lovable actor onscreen, he has several interesting acting credits to his name. If his role on Miranda made him a familiar name in the television circuit, his leading role on Lucifer has made him even more popular and a household name. He’s one of the most favorite actors on television, which can be attributed to his impressive Instagram following.

As of 2022, Tom Ellis has a net worth of $6 million. Thanks to his part in Lucifer, his net worth has seen a dramatic increase in recent years.

He was born on the same date as Rachel McAdams.

He made his acting debut with the TV show Kiss Me Kate in 2000.

Ellis is 8 years younger than his ex-wife Tamzin Outhwaite.

He’s also a passionate singer and has contributed to the soundtracks of TV shows, including Lucifer.

In 2021, Ellis won the Tell-Tale TV Award for Favorite Actor in a Cable or Streaming Sci-fi/Fantasy/Horror Series.

He and actor James McAvoy are close friends.