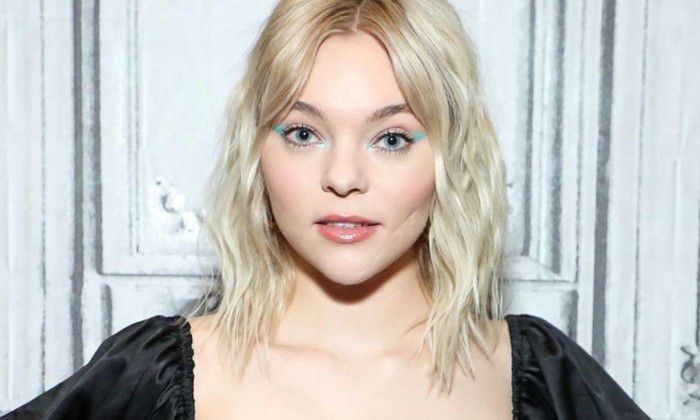 Best known for her portrayal of Raelle Collar in the Freeform series Motherland: Fort Salem, young beautiful Canadian actress, Taylor Hickson is certainly on the rise. The actress got into the biz back in 2015, and just under two years, she landed a prominent role in the part in the 2016 feature Deadpool that opened doors to many other acting gigs. She won the Rising Star Award at the 2016 Whistler Film Festival Award for her work in the Canadian drama Hunting Pignut. Between acting and gracing our Instagram feed, the actress is steadily making a name for herself in the entertainment industry.

Taylor Hickson is the oldest daughter of Shannon Hickson and Russell Hickson. Her father is a musician and she used to sing alongside her father on stages throughout her hometown before becoming an actress. In fact, she’s so obsessed with music that she graduated from high school a year early to focus on her music career. She has three younger siblings and their names are Tianna, Tiernan, and Tyson.

She started writing her own music while she was still in middle school and had never thought of becoming an actress even in her dreams until one of her relatives told her to attend auditions when she was 16 years old. Luck was on her side, literally, she’s able to secure a role in the psychological thriller, Blackway, starring Anthony Hopkins, Ray Liotta, and Julia Stiles.

While there’s a lot of information about Taylor’s acting career due to her popularity, there’s apparently none concerning her love life. She’s likely single as there are no credible sources to prove that she’s in a relationship or is married.

After making her feature film debut in the psychological thriller “Blackway”in 2015, Taylor Hickson landed a part of Meghan Orlovsky in the 2016 action-comedy Deadpool, which also starred Ryan Reynolds, Morena Baccarin, and Gina Carano.

With her growing popularity, she is able to cash some major checks, eventually raking up her net worth immensely. Without a doubt, most of Taylor’s money comes from her successful acting career. She continued to work with various TV shows and films, most notably in Aftermath, Deadly Class Everything, Everything, Ghostland, and Giant Little Ones.

She has most recently appeared in the hit supernatural drama Motherland: Fort Salem alongside Amalia Holm, Demetria McKinney, and Jessica Sutton. Not only was it a critically acclaimed drama, but it also put Taylor on the radar, which has been renewed for a second season.

All of her works have certainly added up in a lot of ways, particularly her bank account. Unsurprisingly, she’s swimming in dough, but her actual worth has not been revealed yet.

Not only is she an actress, but she’s also an aspiring singer who runs a self-titled YouTube channel where she has posted covers of popular songs.

She began singing at the age of 11 alongside her father at various shows.

In December 2016, she met with an accident while while filming the indie movie Ghostland that left her with permanent scarring.