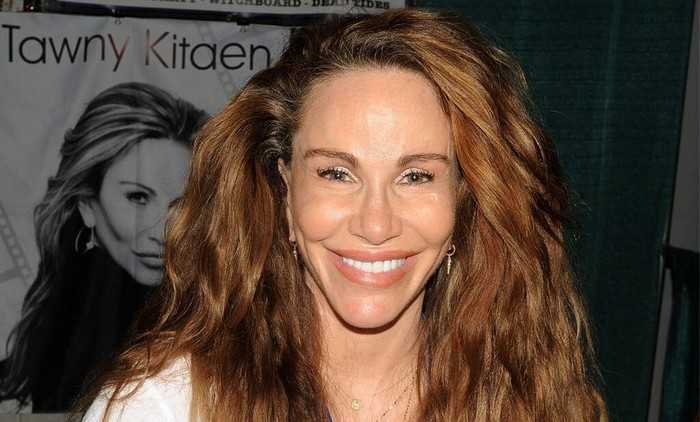 Tawny Kitaen was an American actress, model, and television personality. She was quite famous during her time for her work throughout the 1980s. She has appeared in television shows such as The Surreal Life and Celebrity Rehab.

Kitaen was also well-known for appearing in several music videos for Whitesnake, including “Here I Go Again,” “Still of the Night,” “Is This Love,” and “The Deeper the Love.” She died in her Newport Beach home in California on May 7, 2021. She was 59 years old.

On May 7, 2021, Tawny Kitaen died in her Newport Beach home in California. She was 59. The cause of her death has not been revealed yet.

Kitaen dated Ratt guitarist Robbin Crosby during her teenage years. She began dating Whitesnake singer David Coverdale and married him in 1989. Their marriage fell apart two years later and they applied for a mutual divorce in 1991.

She had a fling with O.J. Simpson while he was married to Nicole Brown Simpson. Her marriage with baseball player Chuck Finley attracted a lot of media attention. The couple married in 1997 after dating for a few years. Five years into the marriage, things didn’t go as expected.

She filed for divorce from Finley in 2002 after an altercation that ended up in her arrest for domestic violence. The two later reached an agreement and the charges against her were dropped. They had two children together: Wynter Merin Finley and Raine Finley.

Known for her relationship with Whitesnake singer David Coverdale that eventually led to her rise in the entertainment industry. During the course of their relationship, she appeared in several music videos for the rock group, including the No. 1 hit “Here I Go Again.”

Her appearances on TV shows like The Surreal Life and Celebrity Rehab with Dr. Drew.

She got a break in acting when she appeared in the 1984 film Bachelor Party, starring opposite Tom Hanks.

In November 2006, she was arrested for having 15 grams of cocaine in her San Juan Capistrano home in Orange County. That year later, she entered a six-month rehabilitation program in exchange for the dismissal of a felony drug possession charge.

She was cast in the lead role of Mona Loveland in the TV series The New WKRP in Cincinnati.

In September 2009, Tawny was arrested again, this time for driving under the influence in Newport Beach, California. She served in jail for two days and performed 64 hours of community service.