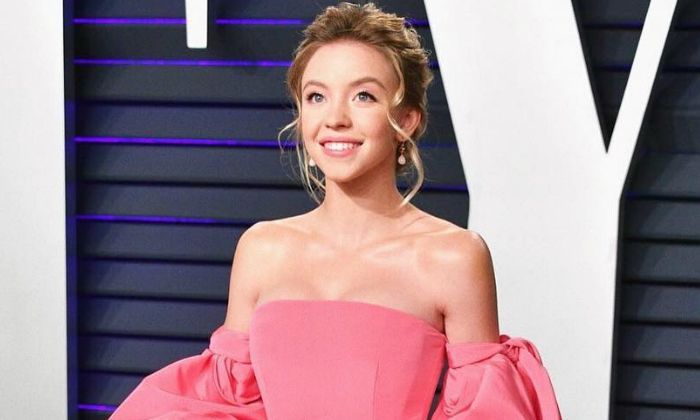 Sydney Sweeney is an American actress who is probably known for her role as Emaline Addario in the Netflix series ‘Everything Sucks!’. She began acting at the age of 11 years old and has appeared in a host of television shows like ‘Grey’s Anatomy’, ‘Pretty Little Liars’, ‘90210’, ‘Sharp Objects’, as well as Hulu’s ‘The Handmaid’s Tale’.

She first captured the attention of the people in the industry for portraying Samantha Wright in the short film ‘Takeo’, a role that earned her the Best Actress honor at the New York International Film Festival. After starring in the HBO miniseries ‘Sharp Objects’, Sydney went on to play Cassie Howard in the critically acclaimed teen drama series ‘Euphoria’.

Sydney Sweeney was born on the 12th of September 1997, in Spokane, Washington, United States of America. She is currently 23 years old.

Speaking about her personal life, very limited information regarding her parents and childhood is available. Her mother is a lawyer and her father works in the medical field. She has a younger brother named Trent, who is a budding actor.

The young and budding actress is currently single as she was never seen dating anyone publicly. Sydney is quite reluctant and rarely opens about her private life. Furthermore, she has perpetually managed to keep her personal life away from the spotlight and it looks like nothing has attracted her more than acting.

Several media outlets have reported that she has been in a relationship with her long-time boyfriend Michael Fitzgerald.

Sydney Sweeney made her acting debut as a young girl named Lisa in the 2009 zombie comedy film, ‘ZMD: Zombies of Mass Destruction’.

In addition, she has starred in a ton of short films including ‘Takeo’, ‘Night Blind’, ‘Held’, ‘Love Made Visible’, and ‘The Unborn’.

Sydney’s first acting appearance came in 2009 with a guest-starring role as a little girl in an episode of the NBC science fiction series ‘Heroes’.

She probably gained attention in the entertainment industry playing Samantha Wright in the short thriller film ‘Takeo’. Directed by Omar Samad, it was released on January 12, 2010. Her stunning performance in it was lauded by critics and moviegoers that earned her Best Actress honor at the New York International Film Festival.

In 2018, we saw her featuring as Emaline Addario in the Netflix ‘Everything Sucks!’ that gained her a lot of traction lately. Netflix canceled the show after the first season, but nevertheless, she won the hearts of many people.

Her other breakout roles include Eden in Hulu’s ‘The Handmaid’s Tale’, Alice in ‘Sharp Objects’, Willa in ‘Pretty Little Liars’. The pretty damsel is now playing one of the leads in HBO’s teen drama ‘Euphoria’ starring Zendaya, Maude Apatow, and Alexa Demie.

She developed an interest in acting at a young age when an open audition call was made for an indie movie that had come to her town. She convinced her parents and attended the audition.

Her family moved to Los Angeles so that she could get better acting opportunities.

For the role in the miniseries Sharp Objects, Sweeney studied stories of girls who suffered from mental illness and self-harming and visited hospitals that had patients who self-harmed

Both ‘Everything Sucks!’ and ‘Sharp Objects’ brought her a lot of fame, which were filmed simultaneously. She filmed during the week for the former and on the weekend for the latter.

She will be seen playing a part in Quentin Tarantino’s film Once Upon a Time in Hollywood alongside Leonardo DiCaprio, Brad Pitt, and Margot Robbie.

Sydney Sweeney is a distant cousin of Robert Vaughn.