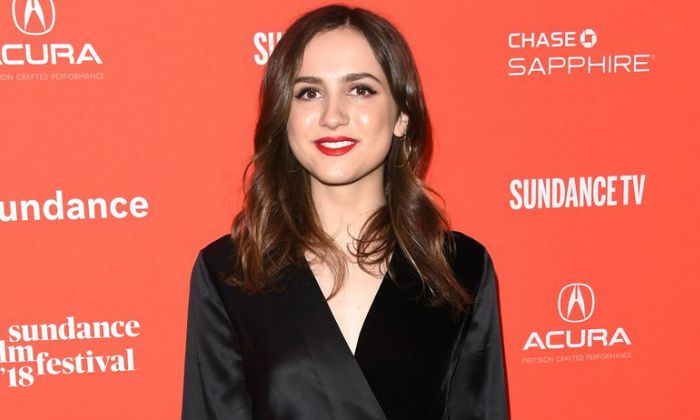 Maude Apatow is an American actress best known for her roles in movies such as Knocked Up, This is 40, The House of Tomorrow, and Assassination Nation. She had a recurring role on the HBO series Girls as Cleo. She is the daughter of the famous director Judd Apatow and actress Leslie Mann. In 2019, she began playing one of the main roles as Lexi Howard in the teen drama television series called Euphoria.

Maude is the oldest daughter of director Judd Apatow and actress Leslie Mann. She has a younger sister, Iris Apatow, who is also an actress. Her paternal grandparents are Tamara Apatow (grandmother), and Maury Apatow (grandfather), a real estate developer. She has Ashkenazi Jewish, Irish, Finnish, Scottish, and German ancestry.

After graduating from high school, she was accepted into Northwestern University, in Evanston, Illinois, where she is studying Radio, Television, Film.

Maude prefers to stay away from the media spotlight when it comes to her private life. She never discusses her love life or relationship status with her fans on social media as well.

Maude Apatow made her acting debut in her father’s comedy film “Knocked Up”, playing her role as Sadie. She played the daughter of her mother’s on-screen characters Debbie and Pete (played by Paul Rudd). The film also had her sister, Iris, playing the role of her on-screen sister, Charlotte. The film met with critical acclaim and so did the actors, earning a lot of accolades.

In 2015, she made her mark in television with a recurring role of Cleo in the HBO drama series, Girl. She had acted in a total of three episodes.

Her performance in her debut film “Knocked Up” was highly lauded by critics. She was nominated for a few awards as well. Her other notable appearances in the film include “Funny People”, “This is 40”, “The House of Tomorrow”, and “Assassination Nation”.

In 2019, she landed a series regular in the American teen drama television series Euphoria, which is based on the Israeli miniseries of the same name. She stars as Lexi Howard, Rue’s (played by Zendaya) sensible childhood friend, and Cassie’s younger sister. The series mostly received positive reviews from critics and audiences for the way it handled the adult content.

She and her sister Iris played reel-life sisters in movies Knocked up and its spin-off movie This Is 40 in 2007 and 2012, respectively.

She was nominated for the Young Artist Award for Best Performance in a Feature Film for her performance in the film This is 40.

Maude Apatow is very popular on social media due to her hilarious posts. In 2013, her Twitter feed was voted as one of the “Best Twitter Feeds of 2013” by Time magazine.

She is also a contributing writer for Hello Giggles, an entertainment and lifestyle website founded by actress Zooey Deschanel.

She played as the daughter to her real-life mother’s characters in the movies Knocked Up, Funny People and This Is 40.