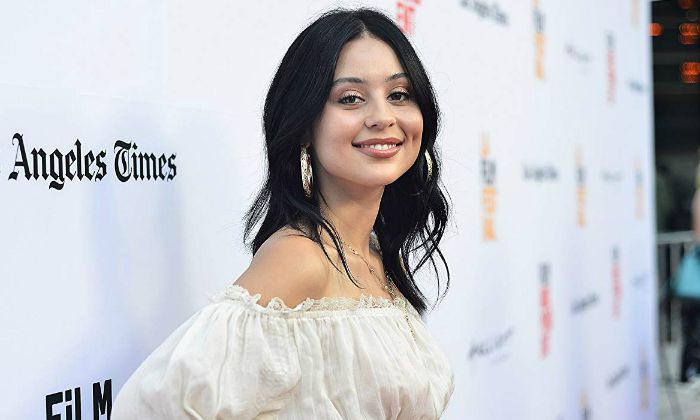 Alexa Demie is an American actress, singer, and entrepreneur who caught the spotlight for her portrayal of Maddy Perez in the teenage drama, Euphoria in 2019. Apart from appearing in independent films like Brigsby Bear, Mid90s, and Waves, she also had recurring roles in Ray Donovan and Love. Also a singer, the multi-talented starlet dropped her first song “Girl Like Me” in 2017, and not long before, she collaborated with Pearl Aday for “Turnin’ Tricks”. She owns a sunglass line and a fashion line as well.

Alexa Demie was born on the 11th of December 1994, in Los Angeles, California, United States of America. She is currently 27 years old.

Speaking about her personal life, very little is known nor has she disclosed anything about her family and her early life. She was raised in Los Angeles, and in an interview, she discussed her early life stating that her childhood was hard for her due to financial constraints.

Speaking of which, it wasn’t easy for her even in school as she was a loner in high school. Information regarding her education is also unknown either.

Alexa is possibly single and she hasn’t revealed anything about her romantic affair to the media. As a fast-rising star, her private life comes under scrutiny as she is going places in Hollywood. Needless to say, she has managed to keep her dating life hidden from the public eyes.

Alexa Demie made her acting debut with a minor role in the 2015 short racing adventure film Miles.

Her feature film debut came in 2017 with a starring role as Merideth in the comedy-drama film Brigsby Bear.

In 2013, she landed a recurring role as Shairee in the crime-dram series, Ray Donovan, marking her debut in the television space.

Undoubtedly, the stunning beauty captured the attention of the audience with her stellar performance as Maddy Perez in the 2019 series Euphoria, a teen series about drug addiction, wild partying, and other after-school activities. It stars Zendaya in the lead in what’s being reckoned as her first major adult role.

She launched her own sunglasses line, Demiegod, while she was still in high school. It was sported by Jennifer Lopez and even made a custom-made costume for one of Nicki Minaj music videos.

She also has a clothing line called Goddess.

She almost gave up acting in order to focus on her music career and entrepreneurial goals until she was offered a role in Euphoria.

Demie has been writing songs since she was young. She released her first track, “Girl Like Me,” in 2016.