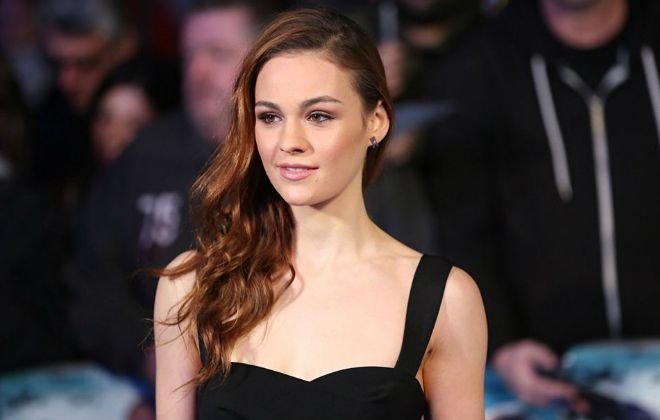 Sophie Skelton is an English actress who gained fame for her portrayal of Brianna Randall Fraser in the Starz drama series Outlander. She is also known for her appearances in TV series such as Waterloo Road, So Awkward, Casualty, and Ren: The Girl with the Mark. Her film credits include Another Mother’s Son, 211, and Day of the Dead: Bloodline.

Sophie Skelton was born on the 7th of March 1994, in Woodford, Greater Manchester, United Kingdom. She is currently 27 years old.

Sophie Skelton is the youngest of the three children of entrepreneurial children’s toy creators Simon Skelton and Ruth Skelton. She has two older brothers, Sam and Roger Skelton.

There is not much-known information about her educational background and qualifications.

Sophie Skelton has been in a relationship with American actor and producer Jeff Gum since 2017.

Prior to this relationship, she dated Scottish actor Richard Rankin from 2016 until 2017.

Sophie Skelton made her acting debut as Margaret in Ian Vernon’s war film “The War I Knew” in 2014.

She won her first major acting role in the British war drama film, Another Mother’s Son in 2017 as Jess.

In 2012, Skelton appeared in two episodes of the British crime drama series DCI Banks for her role as Becca Smith.

She earned critical acclaim for her roles as Eve Boston in Waterloo Road (2013), Student Jane in Foyle’s War (2015), Sofia Matthews in So Awkward (2015), and Brianna Randall Fraser in Outlander.

Sophie hasn’t yet disclosed anything about her net worth or salary to the media, but she must have made a decent fortune from her acting career over the years.

She developed interests in dance from a young age and enrolled at the Royal Academy when she was three years old to learn ballet.

She made the leap to theater and stage productions during her teens and was discovered by an agent while performing on stage at the age of 15 years old.

Sophie is the only member of her family to pursue an acting career.

She got her major break with the role of a schoolgirl “Becca Smith” in Series two of the British crime drama DCI Banks in 2012.

In 2016, she won the Hyperdrive Festival Award for the ‘Best Leading Actress’ for her work in Ren: The Girl with the Mark.

She was featured in magazines like Vulkan, Variety, and Harper’s Bazaar US.

Sophie was included in Variety magazine’s “Top Ten Brits to Watch” in the 2018 list.