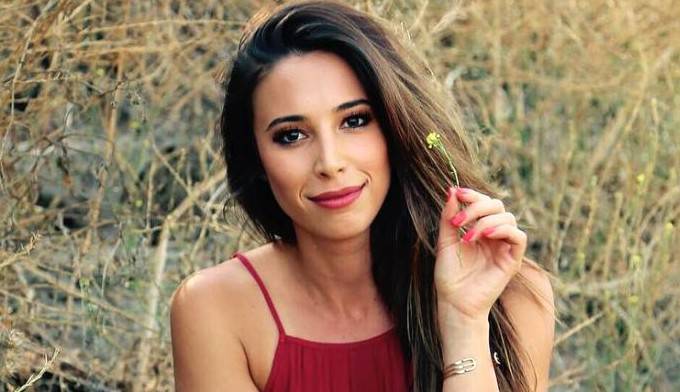 Sierra Dallas is a social media influencer and Instagram star who needs no introduction at least to the social media junkies. Starting her journey on the now-defunct Vine, she later took her talents to other social media platforms like Instagram, YouTube, and Twitter. She has over 1.7 million followers on Instagram. Dallas also runs her own self-titled YouTube channel, to which she uploads videos covering diverse topics ranging from beauty to lifestyle to tutorials.

Sierra was born on the 12th of May 1990, in San Bernardino, California, United States of America. She is currently 32 years old.

Sierra attended California State Polytechnic University and graduated with a degree in communications.

Sierra Dallas is currently dating fellow YouTube star, Brent Mallozzi since her college days. He works as an insurance agent and project manager. He is his brother’s friend. Brent is very known to her fans as he regularly appears in her videos where their chemistry and humor are being liked by her fans.

Sierra Dallas is widely known as Cameron’s sister to the internet users, however, before garnering fame and recognition with Instagram, she’s already a famous personality on Vine and Musical.ly. Not long after she joined Instagram, she grabbed the attention of fellow Instagramers with her quirky onscreen persona, captivating photos, and trademark tongue-out pose. She surprises her dedicated army of fans every day by posting a range of her photos from a variety of snaps to fully glammed-up shoots.

This rising internet star also has her own YouTube channel titled “TheeSierraDallas” where she uploads beauty and workout tips and DIY tutorials which has more than 337K subscribers. She is well-known for her hilarious videos, and of course, she talks a lot in her videos and drives an insane amount of traffic towards her videos.

Like other YouTube stars, she makes use of her popularity to endorse brands and products strategically by fusing them in her videos and posts.

As of 2023, Sierra Dallas has accumulated a net worth of $550 thousand US dollars.

Sierra Dallas launched her YouTube channel on June 6, 2012. Her popular YouTube videos are “Makeup Challenge with My Little Brother Cameron”, “FIGHT WITH CAMERON + MOM CRIES I SIERRA DALLAS”, and “Sunday Fun Day with the Dallas”, among others.

Dallas was also popular on Vine with over 230,000 followers. Her theesierradallas musical.ly account has accumulated more than 550,000 fans.

Before getting fame, Sierra Dallas worked for YMI Jeans and ApparelDeals.

She produced a YouTube video featuring her brother in which they did a makeup challenge, the video was viewed over 2 million times.

She has a pet dog named ‘Jaxx’.