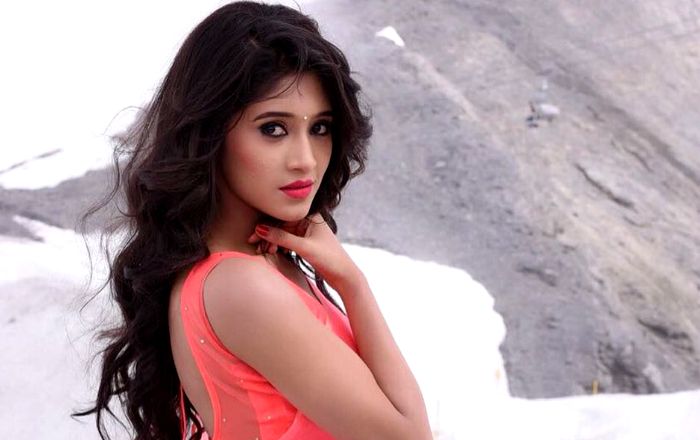 Indian television actress Shivangi Joshi is apparently known for her roles as Poonam in Begusarai and Ayat in the Colours daily soap Beintehaa. She was cast in the lead role of Naira in Star Plus’s Yeh Rishta Kya Kehlata Hai from 2016 to 2021, for which she earned a nomination for Best Actress at the Indian Television Academy Awards. In 2022, she appeared on the reality show Fear Factor: Khatron Ke Khiladi 12.

Shivangi Josh was born on the 18th of May 1995, in Dehradun, Uttarakhand, India. She’s currently 27 years old.

Unfortunately, not much is known about her family background and her early life. Shivangi attended Pine Hall School in Dehradun.

She has been dating her co-star Mohsin Khan since 2017. They both worked together on the popular TV show, Yeh Rishta Kya Kehlata Hai.

She ventured into the showbiz in 2013 when she was cast as Nisha in the popular Indian soap opera, Khelti Hai Zindagi Aankh Micholi.

Playing the lead role of Naira Kartik Goenka in the popular soap, Yeh Rishta Kya Kehlata Ha since 2016. It airs on Star Plus at 9.30 pm from Monday through Friday.

She has appeared in numerous TV commercials including Idea, Aashirvaad products,  Maybelline, and Tanishq Jewelry.

She is an accomplished dancer in Kathak. Over the years, she has participated in various dance reality shows.

Shivangi appeared in a Kathak competition. Fascinated by her beauty, the judges of the show advised her mother to get Shivangi into acting.

Growing up, she got training in taekwondo and won a gold medal in a local taekwondo competition.

Her breakthrough role was Poonam Lakhan Thakur in the TV serial, Begusarai. Shivangi, however, was removed from the serial in March 2016 citing her unprofessional behavior and low acting skills.

She was offered the role of Princess Kaurwaki in the historical drama TV show, Chakravartin Ashoka Samrat but she turned the offer down as she felt the role wasn’t suitable for her.

In 2019, Shivangi won the Kalakar Awards for Best Actress for her role in the soap opera, Yeh Rishta Kya Kehlata Hai .

In 2022, she featured in music videos such as Humnava by Stebin Ben, Teri Ada by Mohit Chauhan and Saumya Upadhyay, and Tu Mera Sanam and Ishaan Khan.

In 2022, she appeared as a contestant in the twelfth season of the Indian reality and stunt television series, Fear Factor: Khatron Ke Khiladi. The show also stars some well-known names in the entertainment industry like Aneri Vajani, Chetna Pande, Mohit Malik, Rubina Dilaik, Sriti Jha, and Tushar Kalia.