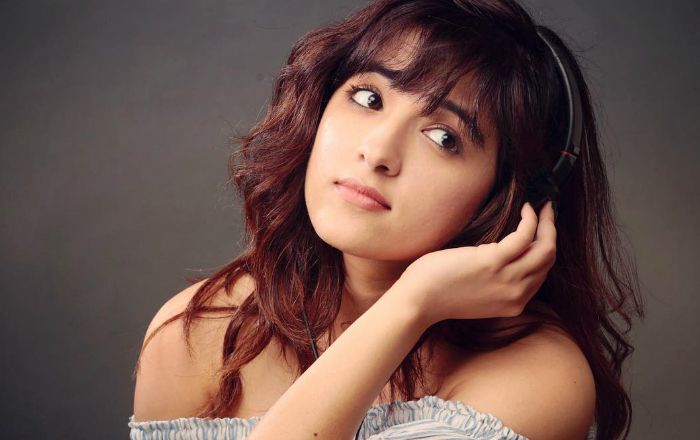 Shirley Setia is a sensational singer and actress of Indian origin who rose to fame after winning a contest organized by the Indian music label T-Series. Just like that, she recorded a song in her bedroom, in her pajamas, and that video went viral in no time, earning her the moniker ‘Pyjama Popstar’. Today, Shirley is a popular internet celebrity, and her eponymous YouTube channel has amassed more than 3.8 million subscribers with over 360 million views. This young singing sensation is also popular on Instagram with over 7.5 million followers in addition to millions of followers on different social networking sites. Her film credits include Maska, Nikamma and Krishna Vrinda Vihari.

Not much is known about her family. His father is a businessman with Indian roots. She has a younger brother, Shane Setia.

After completing high school in Auckland, she enrolled at the University of Auckland from where she graduated with a bachelor’s degree in commerce. She is also a marketing and publicity intern at Auckland Council.

Now, this is the topic that most of you are probably looking forward to. Well, we are sorry to say that there is not a lot we have to share regarding the personal affairs of Shirley Setia. She has tried to keep things away from the media to the best of her abilities.

Without a doubt, Shirley Setia has a massive fan following in India, thanks to her charming looks, seducing vocals, and attractive on-screen persona. She launched her self-titled YouTube channel in 2012 when she discovered her passion for singing. The channel has since attracted an audience of over 3.8 million subscribers.

Despite not receiving professional training, Shirley, a natural singer, took her singing talents online after receiving encouragement from her friends and family. Her fame skyrocketed after she was declared one of the winners of an online singing competition with a thousand entries increasing her visibility among the Indian audience.

In the early days of her singing career, she posted covers of popular Hindi songs on YouTube, which garnered immense traffic to her YouTube channel thus increasing her followers aside. She collaborated with different ‘online stars’ from the UK, the USA, India, and Canada and kept polishing her singing skills. Not long before the fame, Shirley began posting her original works, vlogs, and traveling dairies to her YouTube channel.

In 2018, she appeared in a web reality show called Lockdown, which is a part of ZEE5 Originals.

The year 2020 witnessed her arrival in mainstream cinema. She made her feature film debut in Neeraj Udhwani’s drama flick Maska, starring alongside Manisha Koirala, Javed Jaffrey, and Nikita Dutta.

She was cast as Anuradha Sachdev in Nikamma, an action romantic comedy film directed by Sabbir Khan, which stars Shilpa Shetty in the lead role.

She is not a trained singer.

She briefly worked as an RJ while still in high school.

Shirley, as a child, wanted to become an Astronaut as she was good at science, but later changed her plans to become an Accountant. However, down the line, she decided to pursue a career in music as her passion for music never let it go.

In 2016, Shirley Setia won two awards – the ‘BIG Digital Sensation Award’ at the BIG Golden Voice Award Show and ‘Musician of the Year’ award in the Outlook Social Media Awards.

She ranked among the “Top 30 most subscribed channels in New Zealand” on YouTube.

Her popular cover songs are Bol Do Na Zara and Sanam Re, each garnered over 23 million views.

Apart from posting videos online, she keeps herself busy with world tours and shows.

She has sung a couple of songs “Disco Disco” and “Luv u Luv u” in films such as a Gentleman and Bets of Luck Laalu, respectively.

In 2018, she won the Artist Aloud Music Award in the category “Best Hindi Music” and Social Media Summit & Awards for Music Sensation On Social Media.

She made her acting debut with Maska, playing the role of Persis Mistry, starring alongside the likes of Manisha Koirala, Javed Jaffrey, and Nikita Dutta. The film premiered on Netflix on 27 March 2020.

Apart from Maska, Shirley has also starred in films such as Nikamma and Krishna Vrinda Vihari.