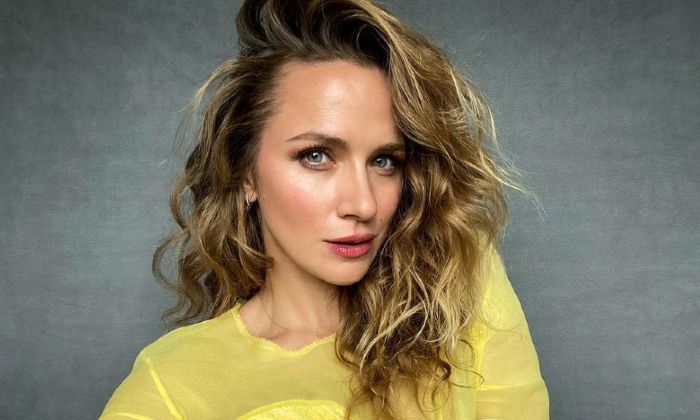 Shantel VanSanten, an actress and model, was born in Luverne, Minnesota. She’s an acclaimed actress on both films and television, best known for her starring roles in shows such as one Tree Hill, The Flash, Shooter, and The Boys. Her film credits include The Final Destination, You and I, Something Wicked, and American Murderer. She has graced the covers of many renowned publications, including the likes of Teen Vogue and Seventeen.

Shantel grew up in Spring, Texas, by her parents, where she attended Incarnate Word Academy, an all-girls college prep school in Houston. Following graduation, she attended Texas Christian University in Fort Worth, Texas.

She has two younger siblings, whose details have not been revealed to the public yet. She also hasn’t shared anything about her parents either.

Shantel fell in love with modeling at a young age and her dream came true even before graduating from high school. Her modeling career kickstarted at the age of fifteen after she signed with Page Parkes Management.

The Texas blonde has been dating actor Jon Fletcher, her The Messengers co-star since 2015. They started seeing each other while working on the film, The Messengers, and shortly after, love bloomed between the two. It was merely speculations until September 2015 the couple went on vacation to Paris which confirmed that they were romancing each other.

She had previously dated actors James Lafferty and Michael Johnson

Shantel had always dreamed of being in show business. Her professional career started the moment she appeared on national television as a finalist on the show Sports Illustrated: Swimsuit Model Search.

Following a series of minor roles on television and films, she landed her first major role as Quinn James in the drama series One Tree Hill in 2009. She joined the series in its seventh season and continued until the final season. She was praised for her spectacular performance in the show that earned her spots in various shows, including The Flash and Shooter.

Shantel was most recently seen playing the recurring role of Becca Butcher on Amazon Prime’s The Boys and Karen Baldwin on Apple TV+ science fiction series For All Mankind.

It’s quite obvious for people in show business have a massive social media following. Being a model and actress, Shantel has a huge online presence, and her reach on social media can be attributed to her good looks and her ability to connect with her fans. She has over a million followers on her Instagram account. On Twitter, she’s got over 250 thousand followers.

She started her career very young after being discovered at just fifteen years old. She has done it all the years in the spotlight. From featuring in several prestigious magazine editorials/covers to acting in movies and television shows, Shantel VanSanten has proved what one can do if one sets their sights on a goal and refuse to give up.

She has an estimated net worth of $5 million, a fortune that she managed to raise through all the years from her showbiz career.

She is close friends with One Tree Hill co-stars Robert Buckley and Bethany Joy Lenz.

Shantel is the voice behind the character Wraith in the 2019 video game Apex Legends.