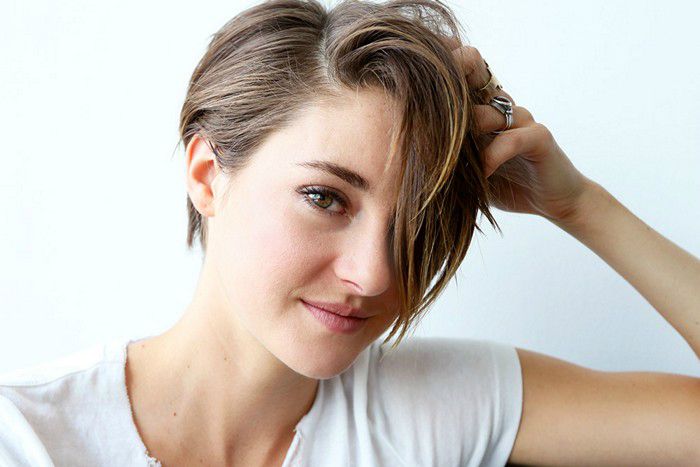 Shailene Woodley is an American actress known for her portrayal of Beatrice “Tris” Prior in The Divergent Series and Amy in the ABC Family television series The Secret Life of the American Teenager. She also starred as Jane Chapman in the HBO limited series Big Little Lies for which she was nominated for a Primetime Emmy Award for Outstanding Supporting Actress in a Limited Series. Her leading role in The Descendants earned her a Golden Globe nomination for Best Supporting Actress.

Shailene got engaged with American Football player, Aaron Rodgers in 2020. They ended their engagement in February 2022 but rekindled their relationship the next month.

Shailene Woodley made her acting debut playing the Young Janey Briggs in the 2001 American comedy film Not Another Teen Movie. Though her scenes were deleted from the film itself.

Her first credited role was Ashley Hedges in the 2007 film Moola.

Shailene played the role of Kristin Debreno in 3 episodes of CBS’ The District from 2001 to 2003.

Her roles are as Amy Juergens in The Secret Life of the American Teenager (2008-2013), as Alexandra “Alex” King in the 2011 film The Descendants, and as Beatrice “Tris” Prior in The Divergent Series.

Shailene’s net worth is estimated at over $12 million as of 2023. Woodley has been cast in numerous television series for which she charges US$40,000 per episode. Apart from acting, she has voiced the role of Beatrice “Tris” Prior in the 2016 Vidoe game, Allegiant: VR Experience. She also has been featured in a couple of music videos that add to her skyrocketing fortune. Woodley owns a Honda PF3 and lives in a luxury pad in the posh area of California.

In 2013, Shailene donated her long brunette hair to an organization, Children With Hair Loss.

In November 2014, she received The Hollywood Film Award for Hollywood Breakout Performance – Actress for her performance as Hazel.

On October 10, 2016, she was arrested for criminal trespassing in Saint Anthony, North Dakota, and was sentenced to a year of probation after pleading guilty.

In October 2016, she was given the Female EMA Futures Award during the 26th Annual Environmental Media Association (EMA) Awards.

Shailene was nominated for an Emmy in 2017 for ‘Best Supporting Actress in a Limited Series or Movie’ for her role as Jane in the HBO series Big Little Lies.

She was considered one of the 55 faces of the future by Nylon Magazine’s “Young Hollywood Issue”.

She is an avid environmental activist and climate advocate. She and her mother co-founded the All it Takes non-profit organization in 2010.

In 2018, Woodley took activist Calina Lawrence to the 75th Golden Globe Awards as her guest; they first met at Standing Rock while protesting the Dakota Access Pipeline.