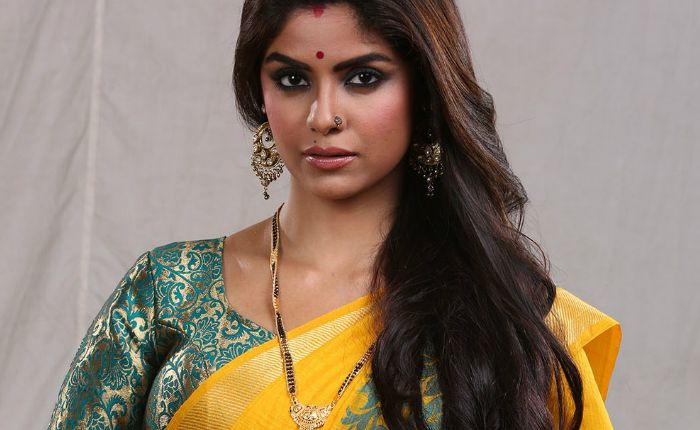 Sayantani Ghosh is an Indian actress who has gained a lot of fame lately for her starring roles as Satyavati on the Star Plus epic historical myth series ‘Mahabharat’, Amrita on the Zee TV soap ‘Naaginn’ and as Neela Maa on Star Plus’s sitcom ‘Naamkarann’. She has starred in Bengali movies like Raju Uncle, Swapno, and Sangharhsa.

Sayantani Ghosh was born on the 6th of September 1984, in Kolkata, West Bengal, India. She is currently 37 years old

Unfortunately, we do not know much about her family or her childhood as she hasn’t revealed anything about her personal life. Her parents are unknown, however, she has a brother named Somrik Ghosh.

Sayantani prefers to have her private life under the radar but it is known that she is in a relationship with fitness model Anugrah Tiwari.

She was previously in a relationship with an unidentified man who is much older than her. They broke up after a decade of dating when the relationship didn’t end in marriage.

Sayantani Ghosh made her acting debut in the Bengali film called ‘Raju Uncle’ in 2005.

She was rather unsuccessful on big screens yet she is an eminent figure in the television industry. Her first acting role was as Antara Dhruv Wadhwa in the Star Plus family soap opera ‘Kumkum – Ek Pyara Sa Bandhan’.

There is not much known information related to her net worth or salary. She lives in Kolkata, West Bengal.

In addition to acting, the fashionista has featured in a number of reality shows, including Comedy Circus, Dare 2 Dance, Nach Baliye 6, and Box Cricket League.

The Bengal beauty has appeared as a contestant on the sixth season of Bigg Boss, the Indian version of UK reality show Big Brother. She was expelled from the show in the third week.

In 2018, she was cast in a recurring role of Kunti in the Star Plus mythological television series, ‘Karn Sangini’, based on Kavita Kane’s novel Karna’s Wife: The Outcast’s Queen.

In 2019, Ghosh starred in her first theatre production of Ovee- A Haunted Hostel.