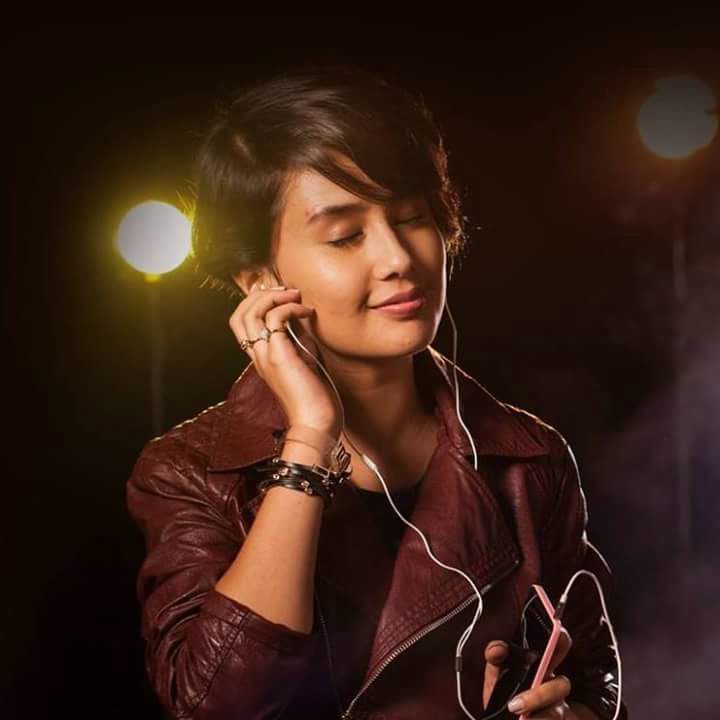 Sasha Chettri, better known as Airtel 4G girl, is an Indian model. She rose to fame with a single Ad campaign when India’s biggest telecom giant Airtel launched the 4G campaign in 2015. There were times that you could not ignore her whether you like or hate her. That’s because, the company ran the ad campaigns featuring her over 54K times between September 19 and November 20, 2015, according to Broadcast Audience Research Council India (BARC).

She frequently appeared on one or the other Airtel ads, in fact, she got more airtime than most celebrities. That eventually created a strong wave of backlash leading to negative publicity and has been trolled mercilessly on social media. However, over the period of time, the negativity vanished, thus winning over the likes of the people, not to mention her immense following on social media.

Sasha Chettri was born on 26 November 1996, in Dehradun, Uttarakhand, India.

Sasha is the younger daughter of Arun Kumar Chettri and his wife Meena Chettri. She has one older sister.

She graduated from Xavier’s Institute of Communications, Mumbai with a degree in Advertising.

Sasha is currently dating music director and singer, Sachin Gupta, with whom she is working on a music album. The couple were spotted together at various events and weren’t shy from hiding their relationship to tabloids.

She made her acting debut with the 2019 film Owith a degree in Advertisingeration Gold Fish and later starred in the film titled Radhe Shyam in 2022.

Even though, she hasn’t appeared on films or television series, she is far more popular than most of the celebrities in the industry. Her reach is so evident that anyone from nook and corner of the country could easily recognize her, thanks to Airtel ads.

She has been affiliated with Airtel and appeared in their television commercials.

Her net worth is currently not available.

Chettri worked as a copywriter with Creativeland Asia before landing a role in Airtel’s 4G campaign.

A study in 2016 revealed that Airtel was the most hated brand in India, with Chettri the most annoying face on television.

Airtel was her first role in a TV campaign and never though the campaign would get such massive reach.But she doesn’t take negativity and hatred to heart.

She’s working on a music album which will be out soon.