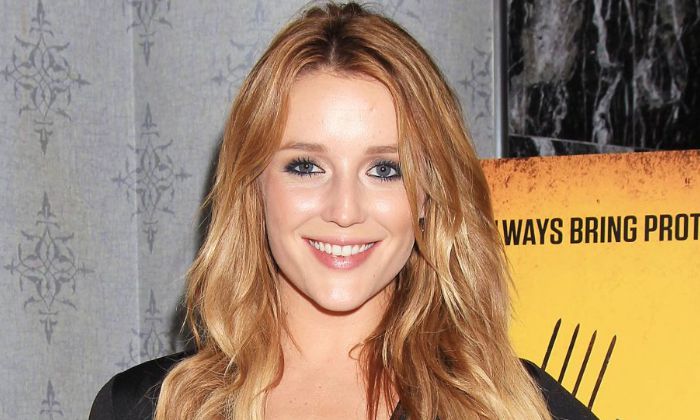 A native of San Diego, California, actress Sarah Dumont is probably best known for her roles as Denise Russo in Christopher B. Landon zombie movie Scouts Guide to the Zombie Apocalypse and in the TV series The Oath, in which she portrayed the character of Kate Miller.

She has also starred in such movies as Don Jon, Playing It Cool, Tbilisi, I Love You, and 6 Below: Miracle on the Mountain and “Dads”, and the television series The Royals and Oh, You Pretty Things! She has quite a following on social media where she has amassed over 60 thousand Instagram followers.

Sarah Dumont was born on the 10th of April 1990, in San Diego, California, United States of America. She is currently 32 years old.

When it comes to her family and early life, the California native hasn’t yet divulged too many details, other than the fact, that her father is a military veteran. Her parents divorced when she was still a child, and as a result, she had to divide her time between her mother’s home in San Diego and Utah, her father’s home.

She was involved in a lot of outdoor activities like surfing and hiking during her childhood. Having decided to make a career in show business, she dropped out of high school against her parent’s wishes and moved to Los Angeles to pursue a career in modeling.

Like many of her peers, Sarah Dumont is very open when it comes to her personal life. She has been dating Harrison Checkley, an Australian-born professional boxer, for a few years now. They reside in Los Angeles, where they share an apartment together. She often posts pictures of herself with her boyfriend on her Instagram.

Sarah was previously in a relationship with actor Robert Rogoff.

Sarah Dumont moved to Los Angeles while she was still a teenager to her parent’s disapproval to pursue a career in modeling. Shortly after, she secured her first modeling gig and later went on to work with many high-profile brands, including Victoria’s Secret and Giorgio Armani. She posed topless for GQ Italia magazine in 2010. She has been represented by modeling agencies like Mega Model Agency, Elite Model Management, and Place Model Management.

When Sarah decided to venture into acting she was already a successful model. She made her acting debut with a small role as Celeste in the pilot episode of the television series Melrose Place in 2009. She took a small break for three years and did a guest role in an episode of CSI: Crime Scene Investigation in 2012.

Her hard work and persistence paid off when she was earned the role of Sequins in Joseph Gordon-Levitt’s romantic comedy movie Don Jon, starring alongside Scarlett Johansson. Sarah followed up with minor roles in movies Tbilisi, I Love You and Playing It Cool and television series Agents of S.H.I.E.L.D., Dads, The Rebels, and Mixology before eventually being cast in the horror-comedy movie Scouts Guide to the Zombie Apocalypse. She played the character of Denise Russo in the movie, one of her major roles in her career so far.

In 2018, she appeared in the first season of The Oath, alongside Ryan Kwanten and Sean Bean, and that same year, she was also seen in the television series Hawaii Five-O. She will be next seen in Drive All Night and BAB.

Having been in the industry for more than a decade, Sarah Dumont has enjoyed much success as an actress and model. She has managed to amass a net worth of $1 million as of 2023, which she earned through her early success as a model and later as an actress.