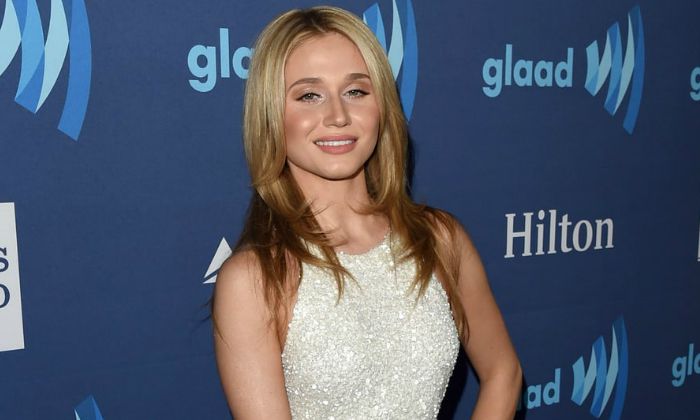 Rita Volk is an Uzbek-American actress who shot to fame for her role as Amy Raudenfeld in the MTV romantic comedy series Faking It. In 2016, she played the role of Heather in the dramedy film Almost Friends. She moved to the US at the age of 6 and she explored her eternal love for cinema after performing in school plays. She starred in television commercials before transitioning to the big screen. Her acting credits include Rizzoli & Isles, Major Crimes, The Hungover Games, Relationship Status, Almost Friends, and Summertime.

Rita Volk was born on the 3rd of September 1990, in Tashkent, Uzbek SSR, USSR. She is currently 31 years old.

Unfortunately, nothing is known about her personal life including her family background and parents’ name. She moved with her family to San Francisco when she was six years old.

Rita Volk attended Lowell High School, a selective co-educational, public magnet school in San Francisco, California. During her high school years, she appeared in many school plays, thus, helping her acclimatize to American English and culture. She also explored her love for acting.

she then attended Duke University located in Durham, North Carolina. from where she graduated with a degree in Psychology / Pre-medical. There, she was a member of Inside Joke, Duke’s sketch comedy troupe, and starred in many student films.

Volk is possibly single. She rarely talks about her love life and thus there is not much information about her dating life. According to tabloids, she dated American stand-up comedian, television producer, screenwriter, and actor, Jamie Kennedy from 2014 to 2015.

Rita Volk made her acting debut as Katnip Everlean in Josh Stolberg’s parody film, The Hungover Games, in 2014.

She earned fame and recognition after playing one of the show’s lead roles as Amy Raudenfeld in the MTV romantic comedy series Faking It.

Born in Tashkent, Uzbekistan, her family moved to San Francisco, California when she was 6 years old.

She got her start in the show business with television commercials after she was discovered by a modeling scout.

At age 14, she received the title of SFUSD High School Poet Laureate in 2005.

She played Katniss Everdeen, a parody version of Jennifer Lawrence‘s character in The Hunger Games, in the parody film, The Hungover Games.

Volk’s favorite book is “The Sound and The Fury” by William Faulkner.

She is fluent in Russian and English.