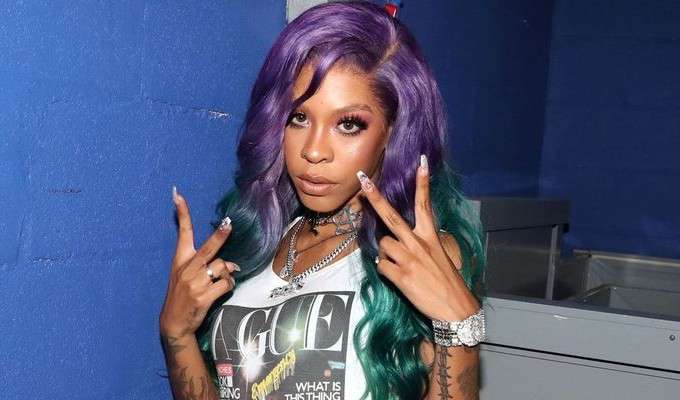 Rico Nasty is an American rapper and singer who got famous with her breakout singles “Smack a Bitch” and “Poppin”. The 24-year-old emerged on to the hip-hop scene when she was still in high school and has since grown to become one of the most bankable artists in the world. She has released a number of singles and mixtapes.

In 2018, She signed a contract with Atlantic Records and dropped her fifth mixtape Nasty in June of the same year. She released her debut album Nightmare Vacation on December 4, 2020, to critical acclaim. The album had 14 tracks, including “iPhone”, “Own It”, “Don’t Like Me”, and in addition, it also featured the remix version of her super hit 2018 song “Smak a Biitch”.

She has Puerto Rican and African-American ancestry.

Rico Nasty was born to a Puerto Rican mother and an African-American father. She is the only child of her parents. She spent her early childhood in New York and Virginia and later moved to Prince George’s County, Maryland, where she’s lived most of her life. Her parents divorced when she was 15 years old.

Her parents put her in a boarding school in Baltimore when she was in her sixth grade. Though her parents tried to provide her with better education, she was expelled from the school after she was caught smoking weed while she was in her tenth grade.

She graduate from Charles Herbert Flowers High School in Prince George’s County. It was while studying there she got herself into rapping to escape from bullying by her classmates.

While in high school. Rico Nasty had a relationship with a guy named Brandon, who died of asthma before she even realized she was pregnant. She has a son named Cameron.

She has been in a relationship with Malix Foxx since 2016.

Though she started rapping at a young age of 14, she got her breakthrough in 2018 upon the arrival of her singles “Smack a Bitch” and “Poppin”.

She grew up listening to artists like Bob Marley, Beyonce, JAY-Z, Nas, and Jill Scott.

Growing up, she played lacrosse and soccer.

She developed an interest in music very early on in life and launched her ambitious career at the age of 14.

She had featured in magazines such as The Fader, NME, Acclaim, and XXL.

Her 2018 viral hit “Smack A Bitch” received gold certification from the Recording Industry Association of America (RIAA) in June 2020.