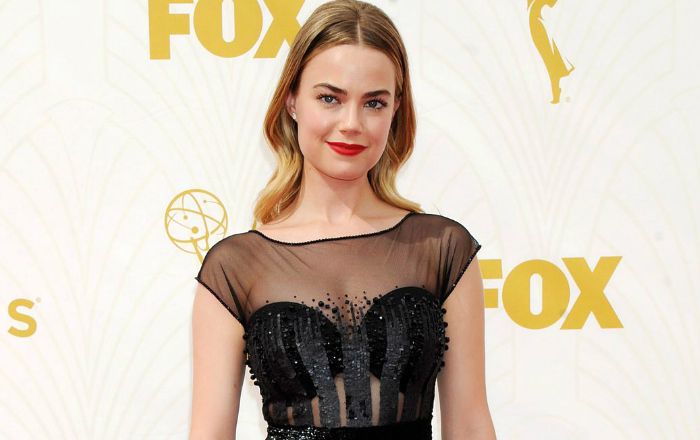 Who is Rebecca Rittenhouse?

Rebecca Rittenhouse is an American actress best known for her roles as Brittany Dobler in Red Band Society and Dr. Anna Ziev in The Mindy Project. She also played Cody LeFever in the ABC sitcom Blood & Oil. Her film credits include Don’t Worry, He Won’t Get Far on Foot and Unfriended: Dark Web.

Very little is known about Rebecca’s life prior to her rise to fame online, including the identities of her parents and siblings.

Rittenhouse attended University of Pennsylvania and later enrolled at the Atlantic Theater Company in New York City to study acting.

Rebecca has been dating American actor Chace Crawford since 2015. The cute couple is still going strong after dating for over two and half years now!

In 2018, Rittenhouse was cast in the female lead character as Bonnie in the American comedy-drama film, Don’t Worry, He Won’t Get Far on Foot.

Rebecca Rittenhouse made her television debut, appearing in the pilot episode of Showtime drama series, The Affair in 2014.

Rebecca Rittenhouse’s net worth is currently estimated to be around $14 million.

She made her Off-Broadway debut in Commons of Pensacola written by Amanda Peet at Manhattan Theatre Club during 2013–14 season.

Rittenhouse was originally considered for the female lead role in the superhero film Deadpool alongside Taylor Schilling, Crystal Reed, and Morena Baccarin, but lost the part to Baccarin.

In 2015, She was cast as Odette in episode titled ‘After’ in the television series The Handmaid’s Tale.

She played Maggie in the horror anthology web television series, Into the Dark.

In 2018, Rittenhouse was cast as Ainsley Howard in web TV series, Four Weddings and a Funeral, which is set to premiere on Hulu in 2019.