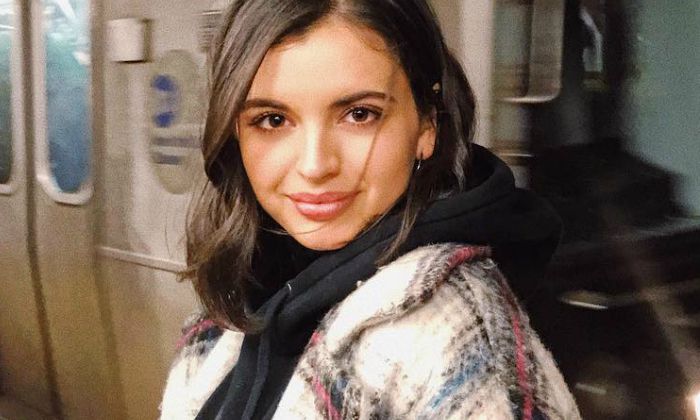 Rebecca Black is an American pop singer and YouTuber who captivated widespread attention on social networking sites with the viral smash “Friday” in 2011. She released an accompanying music video on YouTube in February 2011, which largely attracted negative attention, garnering more than 133 million views as of early 2019.

The song eventually charted on Billboard’s Hot 100 and New Zeland Singles chart and became YouTube’s most-watched video in 2011. Black has also released other tracks including “Sing It”, “In Your Words”, “Saturday”, “Anyway” and “Do You?”. She continues to upload videos to her self-titled YouTube channel which has more than 1.5 million people subscribed to the channel.

Rebecca Black was born on the 21st of June 1997, in Irvine, California, United States of America. She is currently 25 years old.

Rebecca is the oldest daughter of veterinarian parents John Jeffery Black and Georgina Marquez Kelly. She has Mexican roots on her mother’s side, and English, Italian, and Polish ancestry on her father’s side. She has one younger brother, Chase Black, born on August 25, 1999.

For education, she went to a private school until 6th grade. She was subjected to bullying in the school and hence she moved to a public school due, where she joined the musical theater program. However, Black dropped out in April 2011 and opted for homeschooling in order to focus on her music career.

Talking about her personal life, Rebecca Black is currently single and there are no details of any confirmed relationship at the moment. However, at the same time, rumors have it that she is dating South African personality, Casper Lee, since 2013. Nevertheless, neither of them has denied nor accepted it.

She revealed that she is queer in an episode of the Dating Straight podcast.

Rebecca Black signed with the Los Angeles-based record label ARK Music Factory in 2010. The following year she released her first single, “Friday”, on March 14, 2011. The song was solely written by Ark and the music video for the song was released on YouTube. It charted on the Billboard Hot 100 and the New Zealand Singles Chart at numbers 58 and 33, respectively. It also peaked on the UK Singles Chart at number 61.

She made her on-screen debut as herself in the 2012 documentary film about Katy Perry called ‘Katy Perry: Part of Me’.

As a voice actress, she made her debut with the 2013 animated film, ‘Legend of Kung Fu Rabbit’. She voiced the character Penny in the English version of the movie. The movie was originally released in China as ‘Legend of a Rabbit’ in 2011.

Black debuted on television as a contestant in season 2 of the reality television music competition series The Four: Battle for Stardom in June 2018.

Undoubtedly, her single “Friday” was the most significant work that not only propelled her to stardom but also opened doors to possible opportunities. The song was a viral hit and eventually charted on several music charts including Billboard Hot 100.

Black had a humble start in the field of music. But the success of her single Friday has totally changed her life. It brought her a lot of fame as well as she was mercilessly teased on social media for the song. Rebecca Black has a reported net worth of $1 million dollars.

Black’s parents divorced when she was a child. She began singing and dancing at a young age.

It was her mother who helped her to establish her music career. She paid $4,000 to Ark Music to produce the music video for the song “Friday”.

After the song became a viral hit, both Black and Ark got into disputes over the rights of the song. As a result, the song was removed from Ark’s YouTube channel and re-uploaded to Black’s channel. The video was viewed more than 133 million times ever since it was re-uploaded.

The song caught Black into controversy and she received death-threatening emails and phone calls. She often feels like she is cyberbullied. However, she was backed by Simone Cowell and Lady Gaga.

Her favorite band is One Direction and claims to have a huge crush on Josh Hutcherson.

She is a huge fan of Justin Bieber and she had once stated that she wanted to perform a duet with him.

Black launched her independent record label named RB Records in 2011 and released her single “My Moment” on July 18, 2011, on the label.

In 2011, Teen Choice Awards named Black as “Choice Web Star” of the year.

She was featured on ABC’s ‘Primetime Nightline: Celebrity Secrets’ Underage and Famous: Inside Child Stars’ Lives’.

In June 2018, she appeared on BBC Radio 5 talking about cyberbullying, the adverse effects online attacks had on her, and how cruel comments “stick with you forever”

In 2022, Rebecca Black received a nomination for Libera Awards in the Self-Released Record of the Year category.