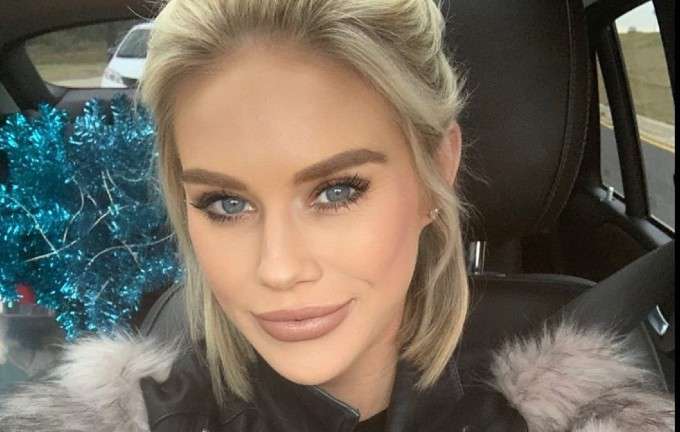 Rachel Bradshaw is an American country singer and the daughter of former NFL quarterback Terry Bradshaw and his ex-wife Charlotte Hopkins. In 2019, she sang the National Anthem at the opening of a Seattle Seahawks-Dallas Cowboys game. She’s one-third of the Nashville-based band Stella//James.

Just like the hit family reality show “Keeping Up with the Kardashians,” the Bradshaw family has their own reality show “The Bradshaw Bunch” on E!. The show follows four-time NFL Super Bowl champion, Terry Bradshaw and his family, including daughters Erin and Rachel Bradshaw. Thanks to the unprecedented success of the first season, the show has been renewed for a second season, which will premiere in 2021.

Rachel Bradshaw is the daughter of Terry Bradshaw and Charla Hopkins. Her father is a retired professional American football player, who played as quarterback for the Pittsburgh Steelers in the National Football League. After his retirement from football, he worked as a sports analyst for Fox NFL Sunday.

Her mother is an attorney, who is Terry’s third wife. They were married from 1983 to 1999. She has a sister named Erin and a step-sister named Lacey.

She studied music at Belmont University in Nashville, Tennessee.

Rachel Bradshaw married American footballer Rob Bironas in June 2014. They dated for more than two before they tied the knot in presence of their family members. He was a kicker for Tennessee Titans for more than eight years and was most famous for scoring more goals in one game. He died in a fatal car accident just three months after their marriage on September 20, 2014.

During the first season of The Bradshaw Bunch, Rachel revealed that she was in a relationship with Dustin Hughes and was even engaged to him. But the relationship didn’t last long and they broke up later.

Being the daughter of former NFL quarterback Terry Bradshaw and his third wife Charlotte Hopkins.

Member of the Nashville-based band Stella//James. The band has several original singles released to their name.

Was part of the family reality show The Bradshaw Bunch which had its first season aired on E! in 2020. The second season will arrive in 2021. The show features Terry and his family and was filmed on their Oklahoma ranch.

As of 2022, Rachel Bradshaw is estimated to have a net worth of $1 million.

She appeared in two episodes of the Nashville reality TV show.

Rachel got her musical inspiration from her father, who by himself is a guitar player. He was very supportive of her and encouraged her to become a country singer.

She was previously a part of a music group called Ten Ten Read. It was during her time, that she fueled her music ambitions and had the privilege to work with pop icons including Bobby Huff, Shane Minor, Angelo, Kyle Jacobs, and Vicky McGehee.

She’s now a part of the music band Stella//James, which is based in Nashville. Formed by music trio Ty Graham, Rachel Bradshaw, and Sarah Davidson, they have released a number of original songs on SoundCloud.

Rachel has battled with scoliosis since her birth. It’s a condition due to a curved spine that causes pain in the affected person. In 2015, she had surgery to rectify her spine issues.

She has quite a following on Instagram where she’s got some 200 thousand followers.