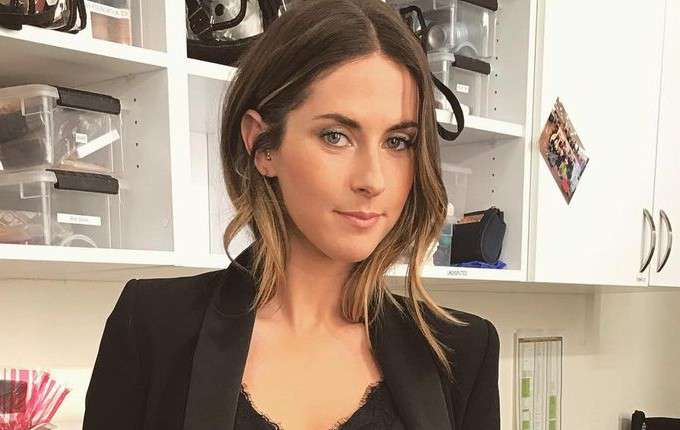 Rachel Bonnetta is a Canadian journalist and television host who currently works for Fox Sports. Based in Lons Angeles, she began her in journalism in 2012 as a host at Kick TV. She has since worked in various cable networks, including the Canadian television channel YTV where she hosted the show The Zone.

She joined America’s most popular television network Fox Sports in 2016. During her years there, she has hosted various shows and became popular when she hosted a 30-minute live show on Twitter during the 2018 FIFA World Cup Russia. She’s now a part of two major events, Fox Sports 1’s daily show Fox Bet Live, the network’s first-ever sports gambling show, and also co-hosts Crooked Media’s sports podcast Hall of Shame. Here’s everything you need to know about sports journalist Rachel Bonnetta.

Very little is known about her family and early life. She was raised by her parents in Toronto, Ontario. Her father passed away in 201, following which her mother remarried in 2017. She has three siblings, a musician sister Jonas Bonnetta and two brothers.

Rachel was educated at Clarke High School and studied Broadcast Journalism at Seneca College of Applied Arts and Technology in Toronto. She completed her degree in 2012.

Rachel Bonnetta is known to be secretive when it comes to her personal life. She keeps the romantic aspect of her life to herself while maintaining a low profile.

Rachel Bonnetta has spent years covering various sports events for major television networks. While in college, she won the “Dream Job” contest by Toronto Football Club and severed as its ambassador for three years. She launched her journalism career in 2012 when she joined the New York City-based Kick TV as the host of The Whip.

She spent one and half years at the Canadian television channel YTV and another two years at BDM. Before joining Fox Sports, she worked as an on-air host for Major League Soccer” for around two years. While at MLS, she hosted shows “MLS Now” and “Off-Topic with Rachel Bonnetta”.

In 2016, she joined Fox Sports as a host and her first show on the channel was the @TheBuzzer digital series. She quickly rose through the ranks and became the host of FOX BET LIVE, the network’s first-ever sports gambling show. she also co-hosts Crooked Media’s hit podcast Hall of Shame, which focuses on come of the biggest sports scams.

She and Betsy Thomas have been working on a comedy show for TBS for some time now, starring and executive produced by her.

With almost a decade working as a sports anchor, Rachel has established a name for herself in the media industry. Her stunning good looks, witty personality, and the way she takes her shows have won millions of hearts in the United States. According to estimates, Rachel Bonnetta’s net worth is estimated to be around $1 million dollars as of 2022.

She knew that she wanted to pursue a career in journalism from a young age.

She is the sideline reporter for America’s Top Dog.

Bonnetta is also a philanthropist, known for helping needy people. She visited India a few years back and after seeing the plight of a village people, she raised money through a GoFundMe campaign. With the money, she helped improve the hygiene of a village by setting up clean drinking water and plumbing.