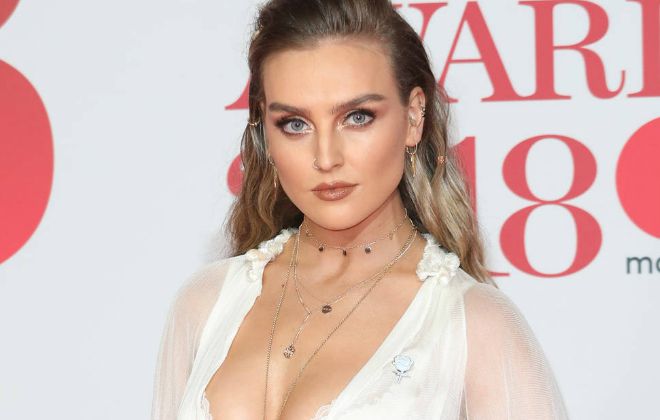 Perrie Edwards is a British singer and songwriter who is probably best known as a member of the popular girl group Little Mix. She came into the pop scene in 2011 during the eighth season of the UK version of The X Factor, alongside the other members of the group, Leigh-Anne Pinnock, Jesy Nelson, and Jade Thirlwall.

Today, she is one of the most successful singers in the music world, thanks to her sheer hard work and soulful voice. In 2015, the young damsel was voted “The Woman of the Year” by Fabulous magazine. As of 2023, Perrie Edwards has a net worth of $9 million.

Perrie Edwards was born on the 10th of July 1993, in South Shields, Tyne and Wear, England. She is currently 29 years old

She then got admitted to the Mortimer Community College where she studied for five years before enrolling at Newcastle College. she graduated with a degree in BTEC in Performing Arts.

Perrie is in a relationship with English professional footballer Alex Oxlade-Chamberlain since 2016. In May 2021, the couple announced that they are expecting their first child. She gave birth to their child, a son named Axel Oxlade-Chamberlain on August 21, 2021. They got engagement on 18 June 2022.

They released their debut album, “DNA”, on November 19, 2012, through Syco music. The album charted within the top 10 in several countries including the UK and US, becoming the first British girl band to have the highest debut chart spot in the US.

She appeared as a contestant on the eighth season of the UK version of The X Factor in 2011.

Being the lead vocalist of a British girl group “Little Mix”. The other three members of the band are Jesy Nelson, Leigh-Anne Pinnock, and Jade Thirlwall.

Perrie Edwards has a net worth of $9 million as of 2023. She owns a luxurious house in London worth £5m.

Her musical career began when she gave the audition as an individual artist with Alanis Morissette’s ” You Oughta Know” for the TV show The X Factor.

She couldn’t make it past the boot camp round and later teamed with other contestants such as Jesy Nelson, Leigh-Anne Pinnock, and Jade Thirlwall, who were also rejected during the boot camp. They formed the band “Little Mix” and went on to become the winner of that season, becoming the first girl group to ever win the title of The X Factor.

Perrie is the youngest among the members of the band.

In May 2012, Perrie Edwards, along with her bandmates, launched a Union Flag-themed set of M&M’s. The same year, they released their book ‘Ready to Fly’ and also unveiled a children’s clothing range.

In 2014, the band won the ‘Band of the Year’ award at the Glamour Awards event. In that same year, they were also conferred with the Pure Beauty Awards in the category ‘Best New Eye Product’.

In 2016, they launched their fragrance called Gold Magic, followed by their second fragrance named ‘Wishmake in that same year.

Perrie has esophageal atresia, which is responsible for a bisectional scar on her stomach, and anosmia