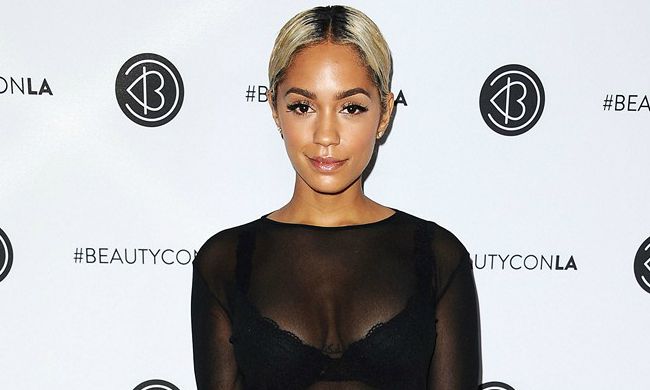 Paloma Ford is an American singer and model who rose to fame as a background vocalist for Macy Gray on her album BIG. She is also famous for her original YouTube songs like “Dollars,” “Ménage à Trois,” and “Hit of You”. She has a strong presence on different social media platforms like YouTube and Instagram.

She studied at the Lancaster High School in Lancaster, New York.

In 2017, many media outlets reported that Paloma has been allegedly dating Canadian rapper and singer, Drake but neither of them confirmed nor refuted the claims.

Paloma Ford released her first EP titled Nearly Civilized in 2016. Her music videos for the songs “Ménage à Trois” and “Hit Of You” were popular on YouTube that gained her fame and a large social media following. She released her song featuring Snoop Dogg and Iamsu! entitled “Summer In California” in August 2014.

Paloma first appeared as Bunny in the 2018 film, Never Heard.

According to various online sources, Paloma Ford is estimated to have a total net worth of around $1 million as of 2023.

In 2014, She was featured on Meek Mill’s single “I Don’t Know”, which peaked at number 35 on Billboard’s Hot R&B/Hip-Hop Songs chart and #21 on the Hot Rap Songs chart.

Paloma Ford worked with producer Rico Love and signed with his production company Division 1 before becoming an independent artist again.

She considers her greatest influencers to be Michael Jackson, Janet Jackson, Prince, Nirvana, Incubus, and Beyoncé.

She has performed and recorded with Sleepy Brown.

Paloma has released two singles so far in 2020, Chrome” ‘In My Feelings Version’ and “Nights I Cry”.