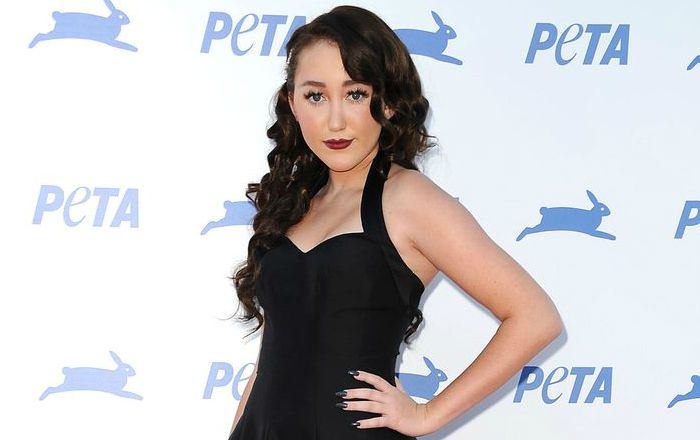 Noah Cyrus is an American singer and actress best known as the younger sister of Miley Cyrus and Trace Cyrus. She had a recurring role as Gracie Herbert on the TV series Doc and appeared on Hannah Montana. She voiced the title role in the English version of the 2009 animated fantasy adventure film Ponyo. Noah released her debut single ‘Make Me (Cry)’ in 2016, which debuted at number 46 on the US Billboard 200.

Noah Cyrus was in a relationship with actor Frankie Jonas, the younger brother of Nick Jonas, from 2007 to 2009. In 2018, she briefly dated rapper Lil Xan and then dated rapper Smokepurpp from July 2020 to September 2020.

Noah is currently in an alleged relationship with DJ Zack Bia. They sparked dating rumors after they were spotted grabbing dinner together in Santa Monica, California in December 2022.

Noah made her acting debut as herself in the musical film ‘Hannah Montana and Miley Cyrus: Best of Both Worlds Concert’ in 2008.

Her television debut came at the age of two, playing Gracie Hebert on the sixth episode of the television show Doc

She has appeared in television commercials for PETA.

She began her professional career at the age of 12.

She grew up on a 500-acre farm in Nashville, Tennessee.

Noah is good friends with her cousin Emily Reeves. They both had their own web show called The NohieandEm Show, which aired from 2009 until 2010.

She has pet dogs named, Loco, Juicy, and Minnie Pearl.

She began songwriting at the age of 14.

Noah has appeared in a bunch of hit talk shows like The Tonight Show Starring Jimmy Fallon and The Ellen DeGeneres Show.

She received two nominations at the 2017 Radio Disney Music Awards under the categories Best New Artist and Best Breakup Song for her single ‘Make Me (Cry)’.

Noah loves horse riding and has won a few competitions and trophies as well.