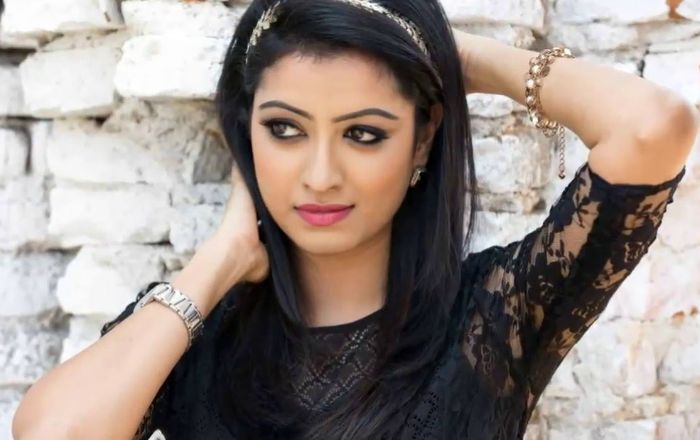 Indian actress and television presenter Nisha Ganesh rose to fame after portraying Draupadi in the TV series Mahabharatham. She has hosted several TV shows like Sun Singer, Surya Vanakkam, and Kitchen Galatta. She is also known for playing the female antagonist Sathya in the TV drama series Nenjam Marappathillai.

Talking about her personal life, much is unknown about her family and education. She hasn’t revealed the identities of her parents and siblings to the media.

Nisha Krishnan got engaged to actor Ganesh Venkatraman in February 2015, and they eventually got married on 22 November 2015. They welcomed their first child, a daughter, Samaira, in March 2019.

She has since appeared in a number of movies in supporting roles.

Her first starring role was as Divya in Star Vijay’s Kana Kanum Kalangal Kallooriyin Kadhai from 2011 to 2012.

Having portrayed the lead role of  Draupadi in the TV series Mahabharatham as well as hosting shows on Sun TV.

She is one of the popular artists in the entertainment industry, not to mention her massive popularity on Instagram where she has accumulated over 236K followers.

Nisha played the role of the female antagonist Sathya in Nenjam Marappadhillai serial along with Amit Bhargav and Sharanya in Star Vijay.

She was one of the contestants in the Tamil reality show, Mrs. Chinnathirai, but she opted to quit the show in midway to focus on her other projects.