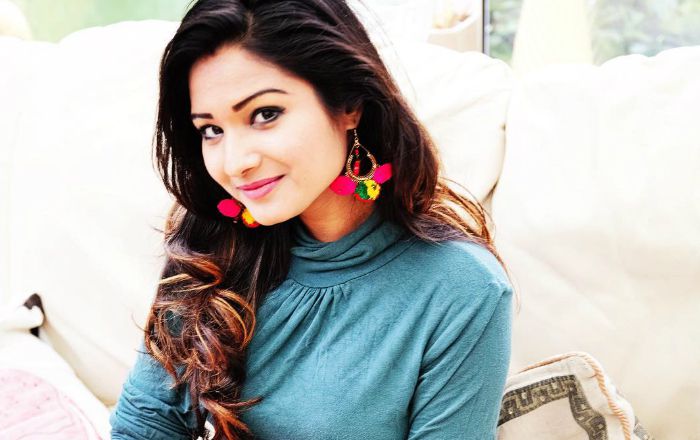 Sharanya Sundaraj is an Indian actress and News Presenter who is probably known for her role as Saranya on Star Vijay’s romantic drama daily soap opera Nenjam Marappathillai. She rose to fame as a news anchor when she worked with Puthiya Thalaimurai and has since worked in several news channels including News18 Tamil as a Senior News Correspondent.

She earned her degree in M.A. Broadcast Communication from M.O.P. Vaishnav College for Women in Chennai.

Sharanya Sundaraj has been in a relationship with her longtime boyfriend Rahul Sudharshan. He’s often featured in her Instagram posts as she shares a lot of pictures of herself and her beau.

Sharanya made her acting debut in the Tamil film “Chennai Ungalai Anbudan Varaverkirathu” along with Bobby Simha, directed and produced by Maruthu Pandian. She has also starred in “Aayiram Muthangaludan Thenmozhi“.

Sharanya has been cast in the Tamil daily soap opera, Nenjam Marappathillai for her role as Saranya alongside Amit Bhargav and Nisha Krishnan. The series premiered on October 9, 2017, on Vijay TV.

For her starring role as Saranya in the TV series Nenjam Marappathillai as well as her work in television as a news anchor and correspondent.

She is well-known for her contributions during London Olympic 2012. She hosted the Inaugural function of the London Olympics for Puthiya Thalaimurail channel.

Sharanya was the only reporter from South India to have reported on “London Olympics 2012”.